The red grape variety (also California S 8, Rubyred, Tintoria) is an interspecific new variety between Alicante Ganzin x Tinto Cão. It contains genes from Vitis rupestris and Vitis vinifera. The hybrid was crossed in 1938 at the California Agricultural Experimental Station by the breeder Harold P. Olmo (1909-2006). At the same time, the rather similar Royalty with the same mother variety was created here, both varieties were then released together in 1958. The high-yielding vine is moderately resistant to powdery mildew and particularly resistant to botrytis. It produces dark red wines of a simpler character with cassis aroma, which are, however, excellently suited as Teinturier (dyer's grape). It is also used for the production of table grapes and grape juice. In California, it is mainly cultivated in the Central Valley, where it covered a total of 4,556 hectares of vineyards in 2010. Small stocks are also planned in Australia and Mexico. It occupies 117th place in the global grape variety ranking. 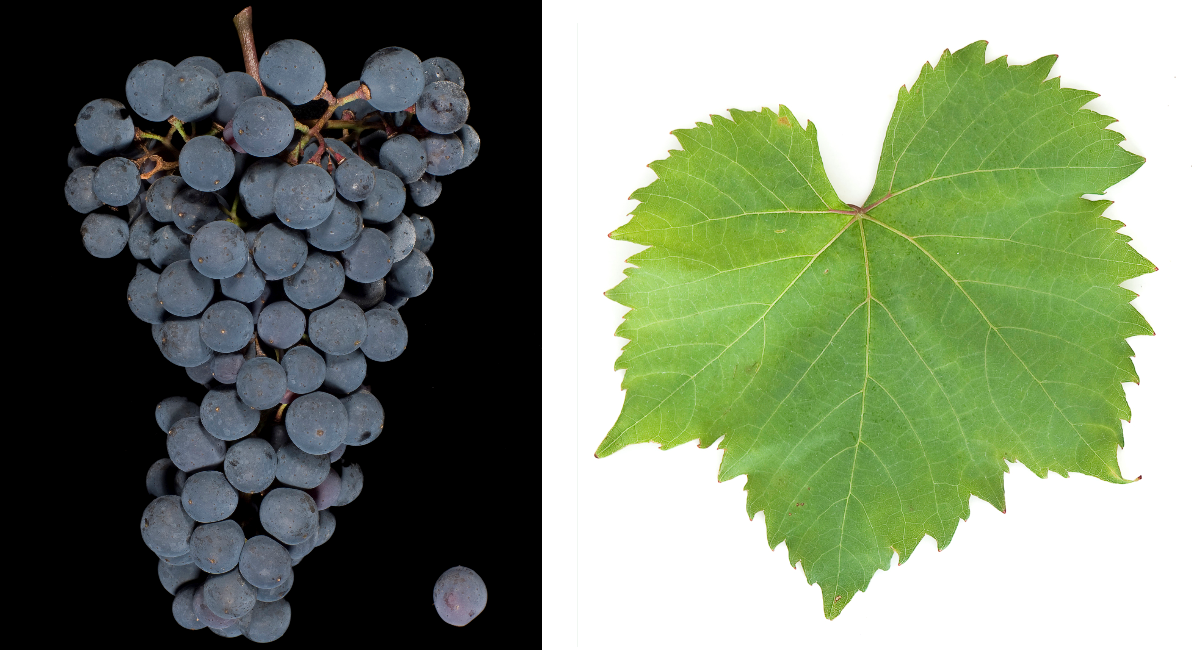