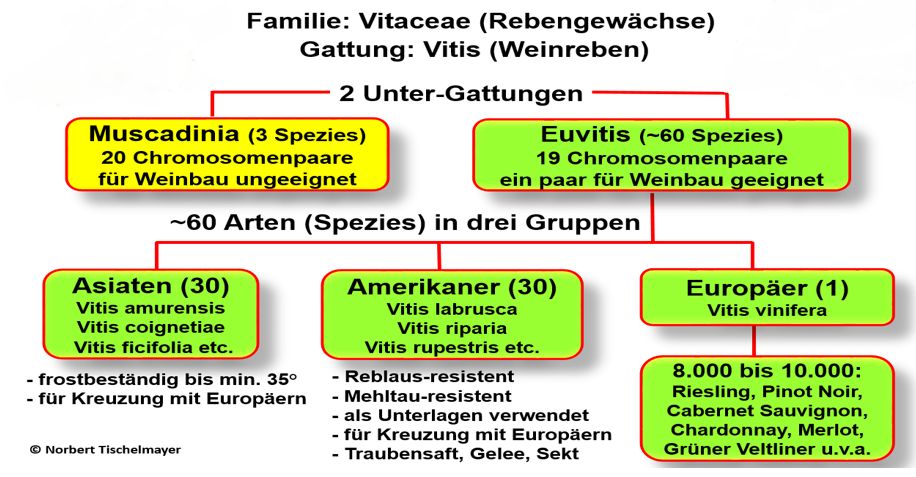 The wild subspecies is also called Vitis vinifera ssp. sylvestris Gmelin (also Rhenish wild vine). The part of the name "sylvestris" means "living in the wild". Gmelin refers to the botanist Johann Georg Gmelin (1709-1755), who first separated this subspecies. This species is dioecious; that is, there are male and female plants, each with unisexual flower buds. Its range extends from the Caucasus to the southern Mediterranean and north to the Danube floodplains of the Lobau near Wien (Austria) and into the Rhine valley in Germany.