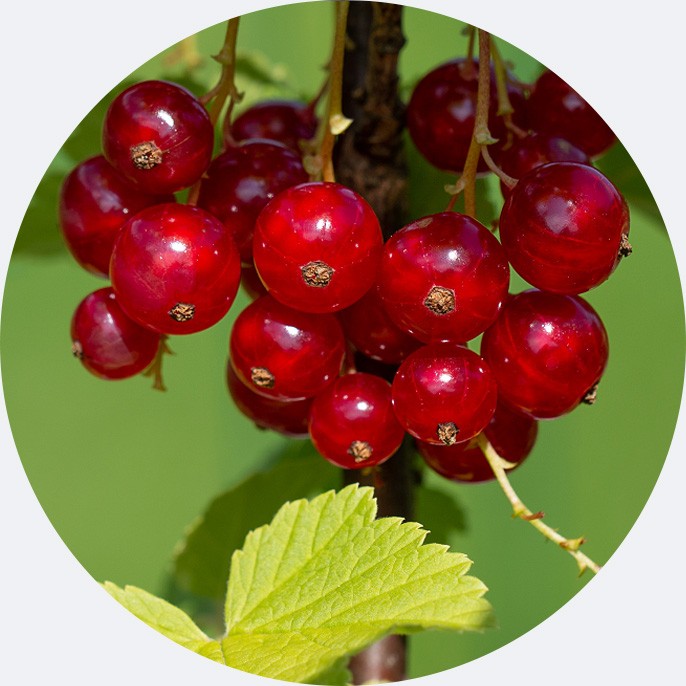 Name for the black currant (Austrian "schwarze Ribisel"), or essence produced from it (thick syrup). According to the taxonomic system, the plant belongs to the subclass of the Rosidae (rose plants), as does the grapevine. The berries contain terpenes with spicy, finely acidic aromas and a very high vitamin C content. In the context of a wine-tasting, "Cassis" is often used to describe the aroma of a red wine, especially the Cabernet Sauvignon variety.

A flower bud extract extracted from the currants is used in the perfumery industry. In Germany, blackcurrants are often used for the production of a spirit drink called "Aufgesetzter". In this process, the fruits are "topped up" with various herbs, sugar and spirit of wine in a sealed container. The spirit dissolves the aromatic substances from the fruits and herbs. At the beginning the vessels are shaken every few days to speed up the extraction

A well-known French speciality called "Crème de Cassis" is produced in a similar way. This dark red liqueur was invented around 1840. The berries are macerated for up to two months in a mixture of water and alcohol. To balance the acidity, sugar is added. Finally, the wine is aged in barrels. The minimum sugar content, expressed as invert sugar, is 400 g/l, the minimum alcohol content is 15% vol. Burgundy's Dijon is considered the production metropolis, with around 80 producers in the city and surrounding area. The name "Crème de Cassis de Dijon" guarantees that the processed fruit comes from Burgundy. The liqueur is also produced in other French cities, in Quebec (Canada) and in Luxembourg (Beaufort). The annual production volume in France is 16 million litres. Cassis is the favourite drink of the detective Hercule Poirot in the crime novels of Agatha Christie. The liqueur is used for cocktails like Kir or Kir Royal. The sale of cassis in Germany led to the so-called Cassis de Dijon decision.

Picture: from Pezibear on Pixabay