It is a colour mutation of the Pinot Gris (or vice versa), which is mutated from the Pinot Noir. Pinot Blanc thus belongs to the Pinot varieties (see there in detail). It must not be confused with the varieties Auxerrois, Chardonnay, Knipperlé, Melon de Bourgogne, Pignoletto or Traminer (Savagnin Blanc), in spite of apparently indicative synonyms or morphological similarities. Until the end of the 19th century, Chardonnay and Pinot Blanc were often confused. The ampelograph Victor Pulliat (1827-1896) had already assumed two different varieties in 1868 and this was officially recognized in France in 1872. In other countries they had problems much longer and the two were considered identical. In Austria they were recorded and identified together until 1999. Only in 1999 DNA-analyses were carried out to confirm their independence: Chardonnay is a natural cross between Pinot x Gouais Blanc.

The three varieties Pinot Noir, Pinot Blanc and Pinot Gris have passed on their genes through natural crossbreeding (often with the crossing partner Gouais Blanc). However, these three varieties have an almost identical DNA profile, which is why DNA analyses of natural crosses cannot determine which one this was. Therefore only Pinot is given as parent (see there a list of all direct Pinot descendants). Pinot Blanc is rarely used (compared to Gris and Noir) as a crossing partner in new breedings due to lack of quality, for example in the varieties Jutrzenka and Manzoni Bianco. 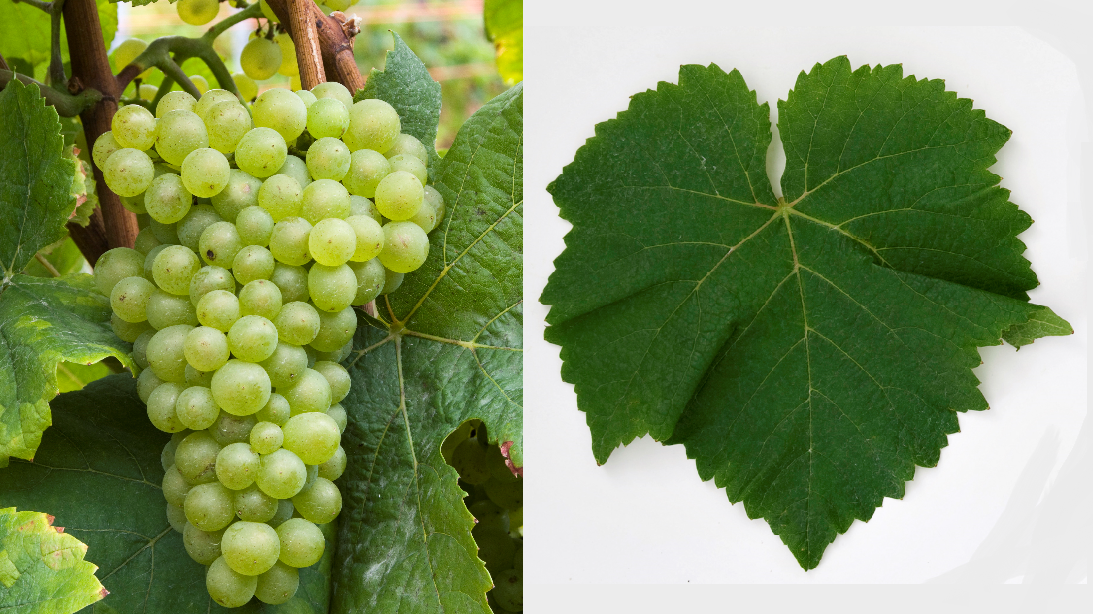 The early sprouting and also early ripening vine with a stable yield is resistant to frost, but susceptible to fungal diseases. Compared to Pinot Gris, there is greater yield security. The advantage is that it can achieve high must weights even with higher yields. The vine produces greenish-yellow, fruity white wines with moderate acidity and restrained aromas of lime blossom, melons, pears and yellow fruits. These are also frequently used in the production of sparkling wines. Although it is not one of the great(Cépages nobles), it is one of the classic grape varieties grown internationally.

In France, the variety was first described in Burgundy in 1895, but German ampelographers described it in the early 19th century. The total area under cultivation in France is 1,292 hectares, with a slight downward trend. Most of it is in Alsace, where the variety is mostly blended with Auxerrois, the rest in Burgundy. In Italy, it is particularly widespread in the north-east in the regions of Friuli-Venezia Giulia, Lombardy, South Tyrol and Veneto and is often grown together with Chardonnay. The total Italian area is 3,086 hectares, also with a slight downward trend.