1) The white variety is an interspecific new variety between Ontario x Suffolk Red. Synonyms are Arkansas 1163 and Reliance Seedless. It contains genes from Vitis labrusca and Vitis vinifera. The crossing of the hybrids took place in Arkansas in 1964, the approval was granted in 1983. The seedless variety is well suited for cooler areas. It is used as a wine press and table grape. The reddish berries have a foxtone. The variety is grown in the US states of Arkansas, Iowa (1 ha), Kentucky (3 ha), Minnesota and Wisconsin. In 2010, a total of four hectares of vineyard area were designated (Kym Anderson). 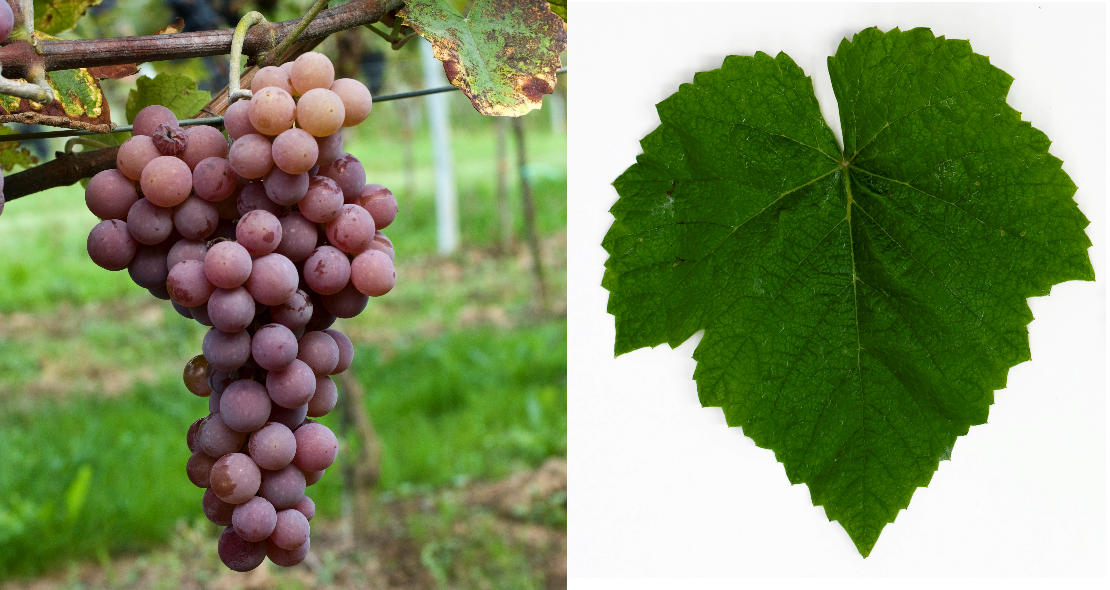 2) The white grape variety with reddish berries is an interspecific new variety between Delaware x Iona. It contains genes from Vitis labrusca, Vitis aestivalis and Vitis vinifera. The hybrid was crossed in 1881 by the breeder J. G. Burrows. However, the variety has no significance; no stocks have been identified.