Singular situation in the municipality Nierstein in the German cultivation area Rheinhessen. The name Orbel was first mentioned in the chronicles of the community in 1386. It is the most westerly part of the so-called "Red Slope" within the Rhine front and the furthest from the Rhine. The name is derived from the local dialect word "Ölbel", which means a strong, four-headed fellow. The connection arises in the usually racy and expressive character of the Orbel wine. The south-facing vineyards at 90 to 170 metres above sea level with up to 60% slope inclination comprise 12 hectares of vines on soil of loess and red loam. The Riesling and Silvaner varieties in particular are cultivated here. Shares in the vineyard are held by, for example, the Bunn Lisa, Heyl zu Herrnsheim, Huff Fritz Ekkehard, Louis Guntrum, Raddeck Stefan, Schneider Georg Albrecht, Staatliche Weinbaudomäne Oppenheim, St. Antony and Strub Walter. 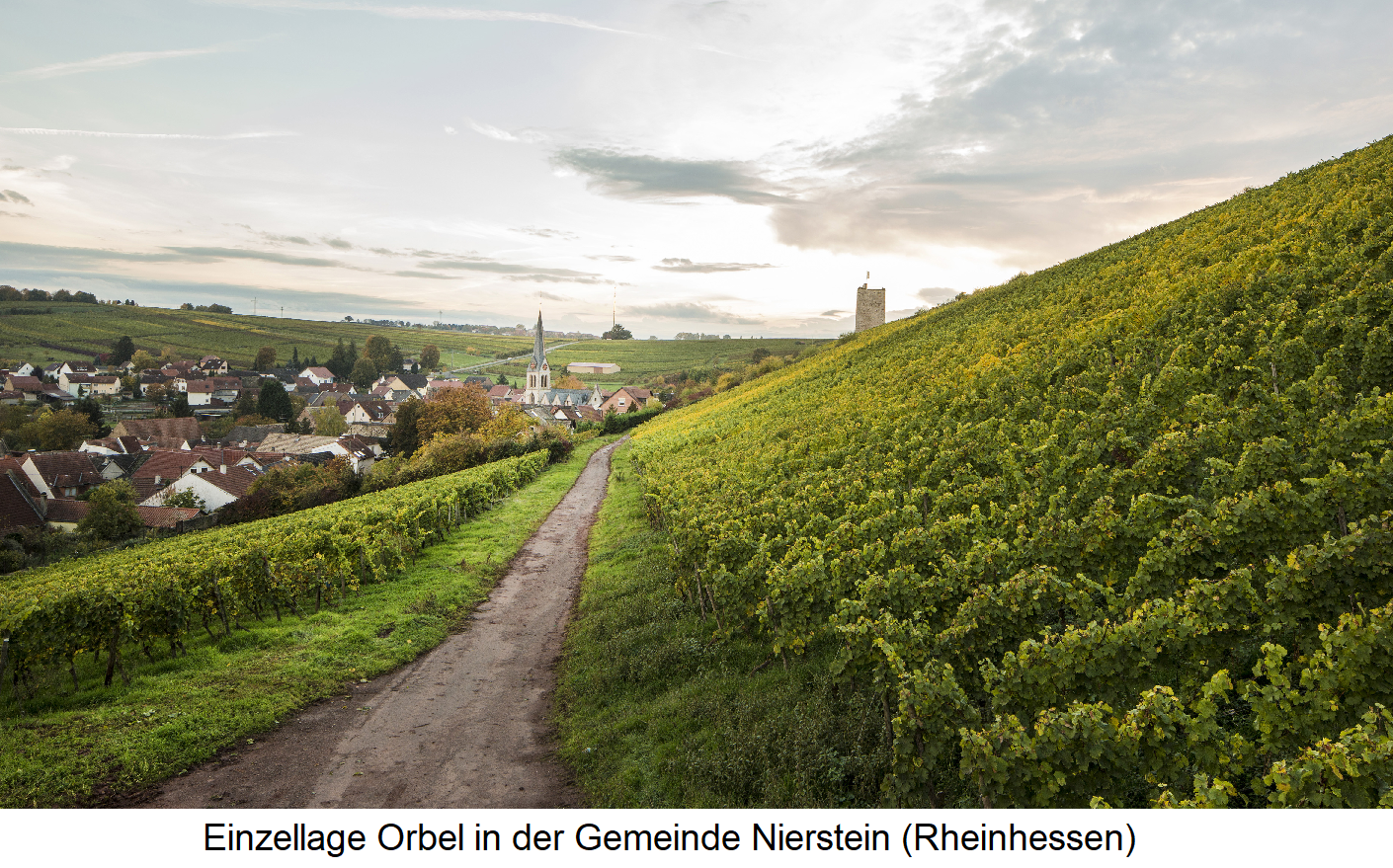