The white grape variety is a new variety between(Silvaner x Riesling) x Müller-Thurgau, which was confirmed by DNA analyses published in 2012. Incidentally, the same parents gave rise to the Grando variety. The variety was named after the Greek wine god Bacchus. Synonyms are Bacchus Weiß, Frühe Scheurebe, Geilweilerhof 33-29-133 and GF. 33-29-133. 1933 the crossbreed was made by the breeders Peter Morio (1887-1960) and Bernhard Husfeld (1900-1970) at the Institute for Grapevine Breeding Geilweilerhof in Siebeldingen-Pfalz. Plant variety protection was granted in 1972. The variety was a crossing partner in the five new varieties Birstaler Muskat, Phoenix, Réselle, Sirius and Staufer. 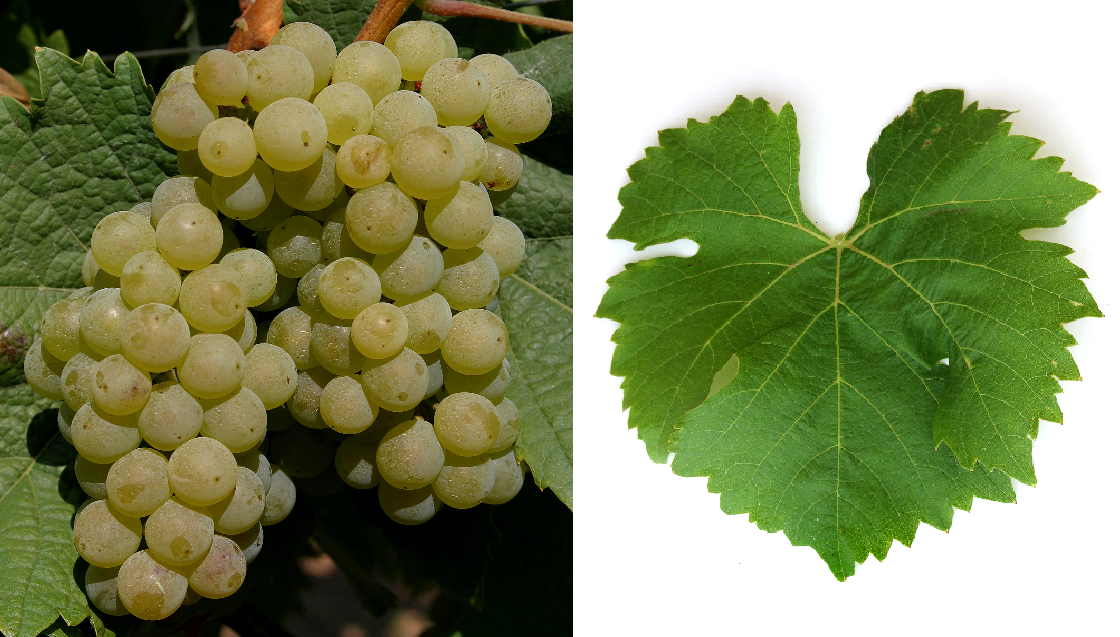 The early-ripening, high-yielding vine is susceptible to botrytis. It produces aromatic, rather low-acid white wines with elderberry aromas and subtle muscatel, which resemble Sauvignon Blanc. These are often used for blending with Müller-Thurgau. Due to its special aromatic properties, it is called a so-called bouquet variety. In 2009, the variety occupied 1,977 hectares in Germany. However, the tendency is strongly decreasing, ten years ago it was 3,000. There are also stocks in Austria, England (116 ha), Switzerland (2 ha), the Czech Republic, Japan (25 ha) and Canada (21 ha). In 2010, a total of 2,114 hectares of vineyard area were recorded. Bacchus is also one of the synonyms for the North American hybrid variety Clinton.