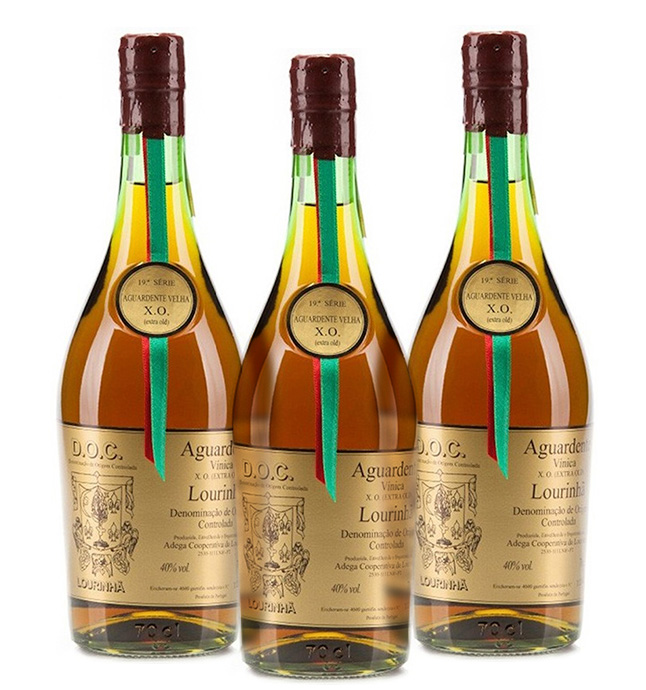 DOC area classified in 1992 for wine spirits (Aguardente) in the Portuguese region of Extremadura. It is located on the Atlantic coast and includes the areas of Bombarral, Lourinhã, Óbidos (also DOC area for wines), Peniche and Torres Vedras (also DOC area for wines). Brandy has been used in the production (spriting) of port wine for over 200 years. Besides Armagnac and Cognac from France, this is the third wine-legally defined area for a brandy in the EU.

The white wine varieties Cerceal (Sercial), Fernão Pires, Malvasia Rei (Palomino), Marquinhas, Siría, Tália (Trebbiano Toscano), as well as the red wine varieties Cabinda, Carignan (Mazuelo), Periquita (Castelão Francês) and Tinta Miúda (Graciano) are allowed. These are often traditionally raised in soil. Most of the distillation is done in a continuous process, in which case the alcohol content must not exceed 72%. The brandy must mature for at least two years in oak or chestnut barrels (up to 800 litres in volume).