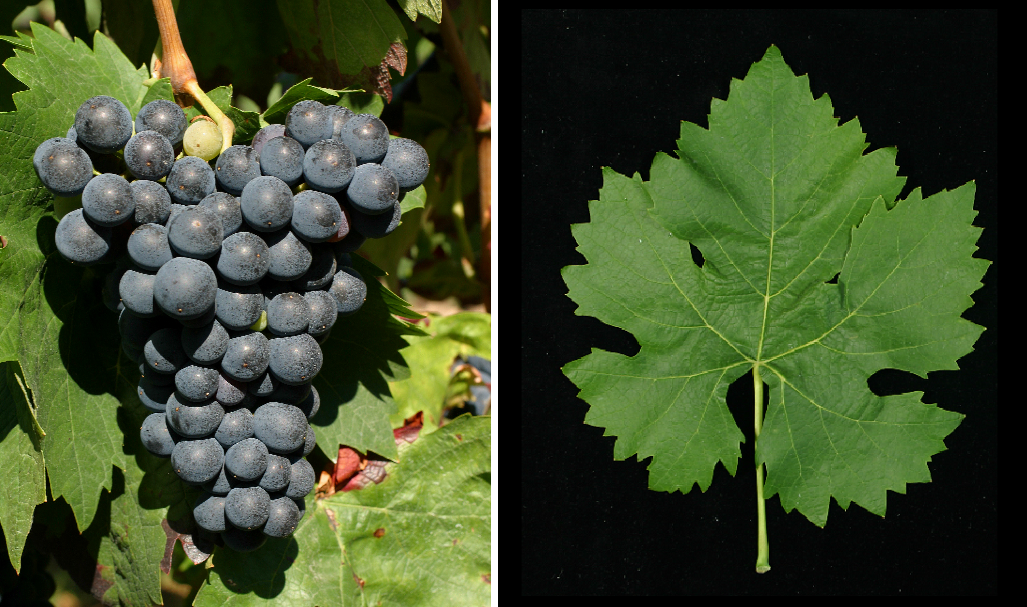 According to a hypothesis that can no longer be verified, Mazuelo (or Carignano) was introduced into Sardinia by the Phoenicians as early as the 9th century BC, but there is understandably no evidence of this. The origin of Mazuelo is unknown, but it is most likely the result of a crossbreeding in Spain (and not in Sardinia). A presumed genetic relationship between Mazuelo and Graciano, which is consistent with Sardinian origin, has not been confirmed. The white variety Cariñena Blanca is a colour mutation (but is not called Mazuelo Blanca, as one might think). Mazuelo was a cross-breeding partner of the new varieties Argaman, Carmine, Carnelian, Centurion and Ruby Cabernet.

The probably very old variety probably comes from Aragon. From here it spread throughout Europe from the 12th century onwards. The current main name Mazuelo is derived from the municipality of Mazuelo de Muñó, in the province of Burgos, in the region of Castile and Leon that borders to the west. The synonym Cariñena probably refers to the town of the same name near Zaragoza in Aragon. It has become Carignan (Noir) in France and Carignano in Italy. The name Cariñena was formerly very common in Catalonia. However, as there is a DO area with the same name, the variety is now called Samsó here. And according to DNA analyses carried out in 2007, the Bovale di Spagna native to Sardinia is also identical.

The late maturing, extremely productive vine is both mildew and botrytis, but resistant to black spot disease. It produces deep dark wines, rich in acidity and tannins, but without any particular aroma or profile. It is therefore usually blended with other varieties such as Cinsaut and Garnacha Tinta (Grenache Noir) to make simple rosé and red wines for quick enjoyment. With rigorous yield limitation, however, especially from old vines, wines full of character, deep and astonishingly elegant even with higher alcohol contents can be produced. The number of impressive wines of this kind is constantly increasing.

In Algeria, the variety occupied 140,000 hectares at the beginning of the 1960s, and huge quantities of wine were transported to the mother country for blending purposes. When thousands of French winegrowers returned to France in 1962 as a result of Algerian independence, it was planted on a large scale here. For a long time it was the most common French grape variety. However, since the 1970s, the trend has been sharply declining and old vines are no longer replaced. In 2010, however, the area under vine still totalled 53,155 hectares, of which around 80% is in the Languedoc-Roussillon region in the départements of Aude and Hérault. The other stocks are located in the southeast. The well-known aperitif Byrrh is produced mainly from Carignan.

In Italy, it is most common in Sardinia, where it is permitted in the DOC wines Campidano di Terralba, Carignano del Sulcis and Mandrolisai. In the Lazio region it is present in the DOC wine Cerveteri. The total Italian area under cultivation is 2,023 hectares. In Spain, it is mainly cultivated in Aragon, Catalonia, La Mancha, Navarre and Rioja. The total area under vines in Spain is 4,749 hectares. Other countries in Europe or North Africa are Algeria (7,550 ha), Greece (16 ha), Israel (971 ha), Croatia (34 ha), Morocco (1,692 ha), Portugal (338 ha), Tunisia (7,576 ha), Turkey (84 ha) and Cyprus (481 ha).