The red grape variety (also Geneva Red 7, NY 34-791) is an interspecific new variety between Buffalo x Baco Noir. It contains genes from Vitis labrusca, Vitis riparia and Vitis vinifera. The hybrid was crossed in 1947 at the Vine Breeding Institute of Cornell University in Geneva, New York State. The early-ripening, frost-hardy vine produces red wines, which are mostly used in blends. It is mainly cultivated in the Finger Lakes area in New York State (27 ha) as well as in Iowa (4 ha). In 2010, a total of 32 ha of vineyards were planted in the USA (statistics Kym Anderson) 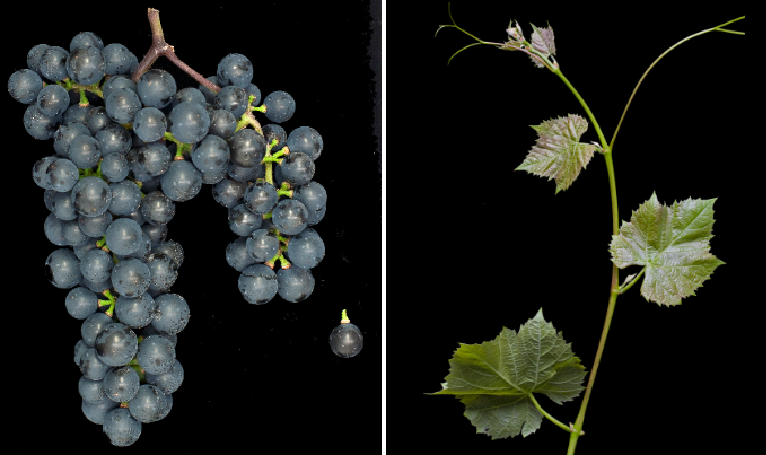