The red grape variety is an interspecific new variety between Herbert x Watkins. Synonyms are Buffalo Muscat, Early Steuben, Fiorito, New York 10830 and NY 10830, with genes from Vitis labrusca and Vitis vinifera. The hybrid was crossed in 1921 by the breeder Richard Wellington at the Vine Breeding Institute of Cornell University in Geneva, New York State. The variety was a crossing partner in the new GR 7 and Venus varieties. The frost hardy vine is very susceptible to powdery mildew. It is mainly used as a table grape and for the production of grape juice and grape jelly. No stocks were recorded in 2010 (statistics Kym Anderson). 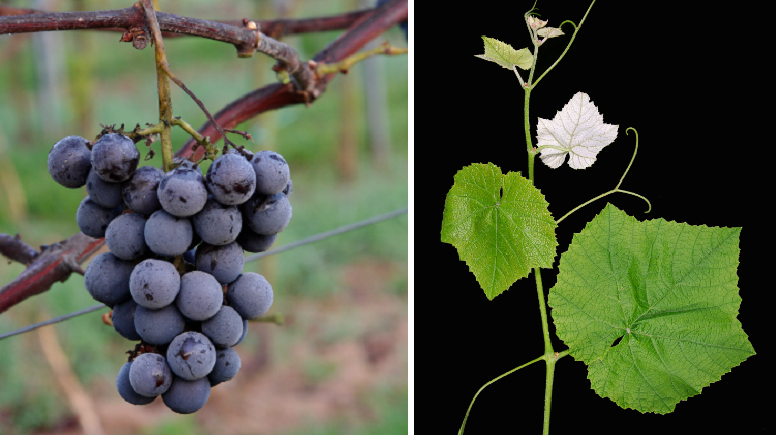