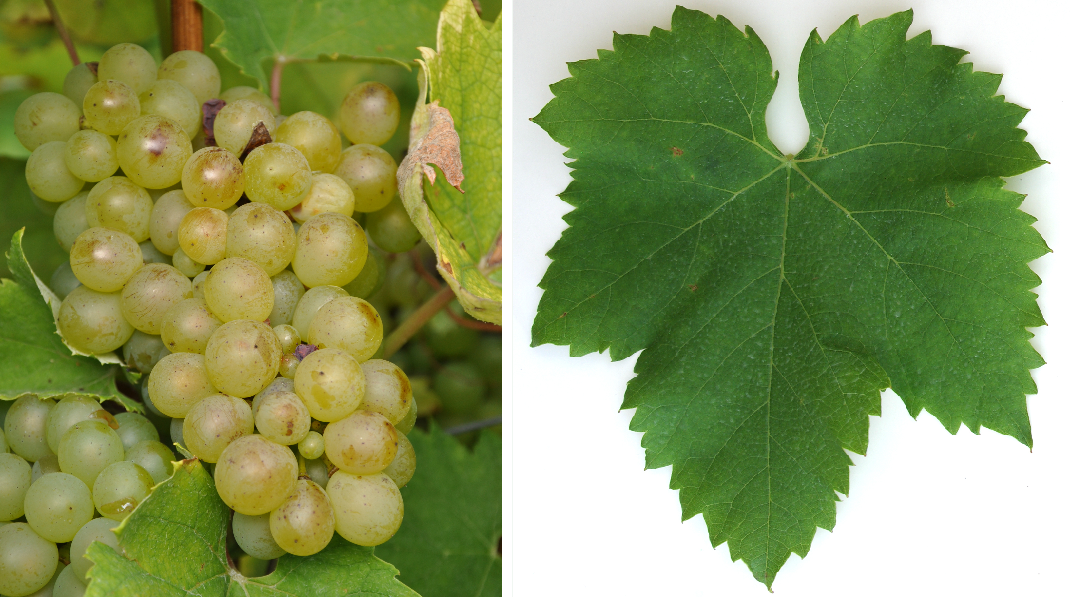 According to the last DNA analyses carried out in 2018, the variety originates from a presumably natural cross between the Romanian Alba Imputotato x Heunisch(Gouais Blanc). By the way, the varieties Frâncușă and Javor Groß were created with the same parents. According to analyses carried out in 2008, Furmint is a parent of the Tokaj variety Hárslevelü and, surprisingly, also of the Swiss variety Plantscher. Although it appears to have synonyms or morphological similarities, it should not be confused with the Altesse, Grasă de Cotnari, Kéknyelü, Pošip Bijeli, Sauvignonasse (in Italy Friulano, formerly Tocai Friulano) or Žilavka varieties. She was a crossbreeding partner in the four new breeds Bussanello, Fubiano, Vega and Zéta.

There are numerous speculations about the origin. It is said that the Hungarian king Stephen II. (1101-1131) or his successor Bela II. (1110-1141) brought Italians into the country in the 12th century, who brought their favourite vine with them. According to a second version, in the 13th century Patriarch Bertoldo di Andechs sent the Hungarian King Bela IV a message to the Hungarian king. (1235-1270) cuttings. According to a third version, in the 17th century the variety was brought by the Venetian baroness Aurora Katharina Formentini (1609-1653) to the wedding of the Hungarian magnate Ádám Batthyány (1609-1659). The name is also derived from the city of Formia (Latium). What speaks against an Italian origin, however, is that no genetic relationships between Furmint and Italian varieties (not even Tocai Friulano) have been found. Several colour and somatic mutations occurring in Hungary speak with high probability for a Hungarian origin.

The late ripening vine is particularly susceptible to botrytis (noble rot) and both types of mildew, sensitive to frost but resistant to drought. It produces golden yellow, extract-rich white wines with high acidity, alcohol content and ageing potential, which are ideal for the production of noble sweet wines. The variety is mainly cultivated in the Tokaj-Hegyalja area for the famous Tokajer, where it occupies 95% of the area. In Hungary, the total area under vines is 4,165 hectares. There are other stocks in Brazil (13 ha), Austria (9 ha), Slovakia for the Slovak Tokajský (248 ha), Slovenia (651 ha) and Croatia (172 ha). In the worldwide grape variety ranking it occupied 108th place in 2010 with a total of 5,276 hectares of vineyards.