The large wine trading house(Négociant) Paul Jaboulet-Aîné in Tain-l'Hermitage on the Rhône was founded in 1834. Until the end of 2005 it was run by three family members under the management of Gérard Jaboulet. Then it was sold to a group of Swiss investors. For this reason, the winery has also left the renowned PFV (Primum Familiae Vini) family winery association. The vineyards cover 80 hectares of vines. Wines are produced from numerous Rhône appellations. These are Beaumes-de-Venise, Châteauneuf-du-Pape, Condrieu, Cornas, Côte Rôtie, Côtes du Rhône, Crozes-Hermitage, Hermitage and Saint-Joseph, as well as various IGP wines such as Collines Rhôdaniennes. 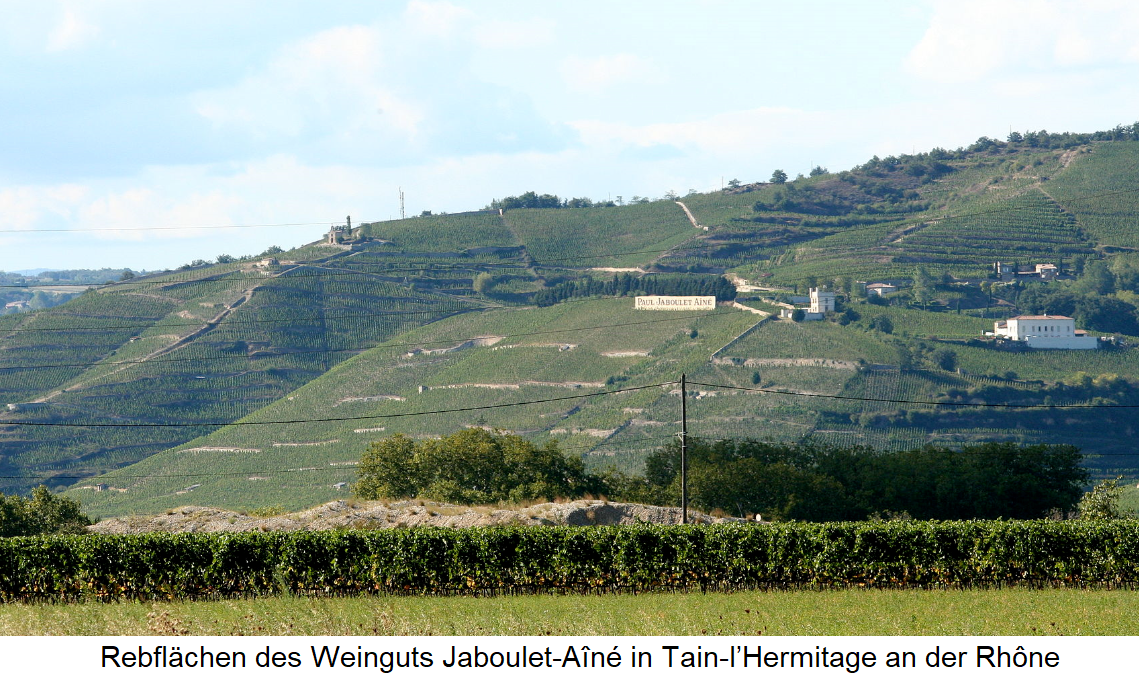 The flagship of the house is the red Hermitage "La Chapelle"(Syrah and up to 15% of the white varieties Marsanne and Roussanne) from vines that are around 40 years old and can be stored for decades. A dozen bottles of the 1961 vintage were sold by Christie's at an auction in London in September 2007 for £ 123,750 (over £ 10,000 or € 14,500 per bottle). This makes it one of the most expensive wines in the world. The white Hermitage is called "Le Chevalier de Sterimberg", the red Crozes-Hermitage "Domaine de Thalabert" and the white Crozes-Hermitage "Mule Blanche". About 125,000 cases of wine are produced annually, more than half of which are exported.

Informations about "Paul Jaboulet Ainé" in wein.plus Wine Guide
This page was last modified at 19 December, 2019 at 08:46.