The red grape variety (breeding number We 70-77-4 F) is a new variety between Blaufränkisch x Teinturier du Cher according to DNA analyses published in 2012. The Cabernet Sauvignon indicated in the breeding list as the sire variety turned out to be wrong. The cross was made in 1970 by the breeders Helmut Schleip and Bernd H. E. Hill at the State Teaching and Research Institute for Viticulture and Fruit Growing in Weinsberg (Württemberg). The plant variety protection was granted in 2001. By the way, the new breeding Palas was created with the same parents. The late maturing vine is resistant to frost. It produces tannin-emphasized, colourful red wines, which are suitable as Teinturier (dyer's grape). In 2009, the variety covered 320 hectares in Germany with an increasing tendency. There is also a small population in Switzerland (2 hectares). 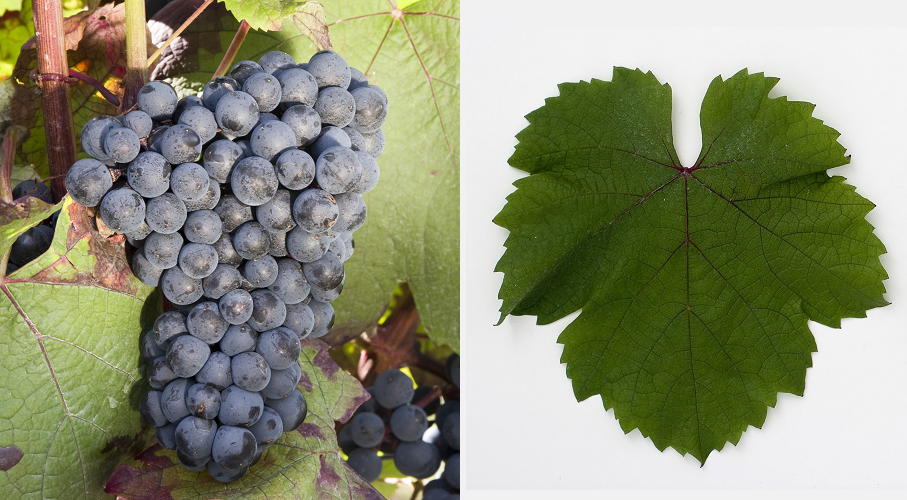