The wine-growing region is located in the federal state of Baden-Württemberg in Germany and is divided into South Baden and North Baden. It stretches almost 400 kilometres from Lake Con stance along the Upper Rhine Plain via the Badische Bergstrasse and Kraichgau to Tauberfranken. The vineyards cover 15,828 hectares. To the north lies the city of Heidelberg with Germany's oldest university, founded in 1386. The Baden Wine Route begins north of this city and leads to Ortenau in southern Baden. As early as the 2nd century, winegrowing spread northwards from Lake Constance. It reached its peak in the 16th century. 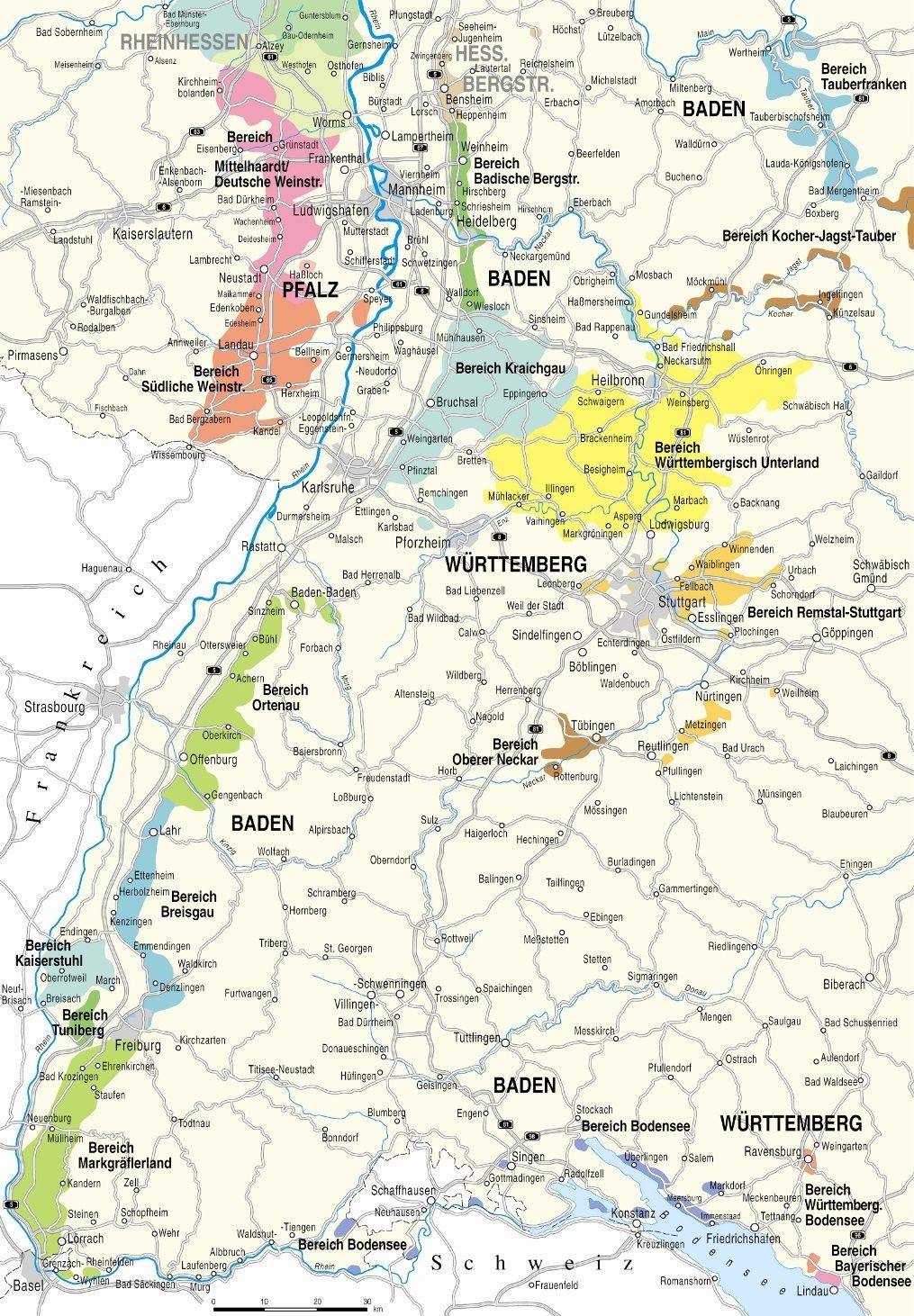 This is the southernmost German wine-growing region. Because of its warmer-than-average climate, Baden is the only one that belongs to wine-growing zone B and thus to the same zone as the French regions of Alsace, Savoy and Loire, as well as Austria. The nine areas are quite different in terms of landscape and climate. The highest temperatures are found on the southern slopes of the Kaiserstuhl. The soil types range from gravel, marl and clay to chalk, loam and loess to shell limestone and Keuper.