It is not a colour mutation of the red variety Pineau d'Aunis (Chenin Noir). According to DNA analyses carried out in 2013, it comes from a presumably natural cross between Savagnin(Traminer) x unknown partner. It has also been established that the Balzac Blanc, Colombard and Meslier Saint-François varieties are also the result of natural crosses between Gouais Blanc and Chenin Blanc. Chenin Blanc was also a cross-breeding partner of the new varieties Chenel, Therona Riesling and Weldra.

It is said that it was already mentioned in the 9th century, but this cannot be proven. The first mention under the name Plant d'Anjou was in 1496, when Thomas Bohier bought vineyards from Château Chenonceau in Indre-et-Loire, which among other things were planted with it. The later name Chenin Blanc was given after the monastery of Mont-Chenin near Cormery, from where it spread to the Touraine area. It was also mentioned under this name by the Franciscan monk François Rabelais (1495-1553) in 1534 in his work "Gargantua and Pantagruel" and the wine was described as "gentil vin blanc" with healing properties. 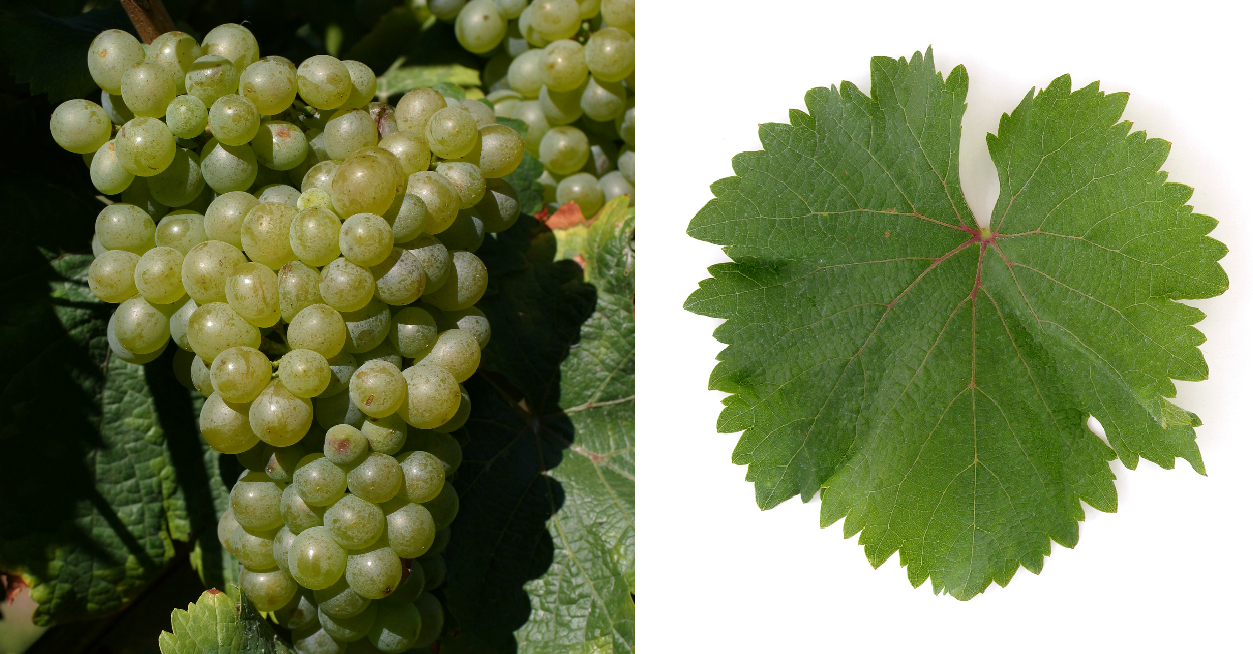 The medium ripening vine is very susceptible to botrytis, powdery mildew and wood diseases. It produces acidic white wines with aromas of honey and apples, suitable for sparkling wine production and distillation. Due to its susceptibility to botrytis, it is also often used for noble sweet wines. With appropriate yield limitation and ageing, it can also produce very good qualities with ageing potential and belongs to the extended circle of the world's best grape varieties, the so-called Cépages nobles. In the New World it is also used as a table grape due to its tasty berries.

In France, 9,825 hectares of vineyard area are thus occupied with a declining tendency; at the end of the 1950s it was still ~16,500 hectares. The largest areas are in the départements Maine-et-Loire around Angers (~5,000 ha) and Indre-et-Lore around Tours (~3,000 ha). Here the variety is registered in the Loire appellations of Anjou, Bonnezeaux, Crémant de Loire, Quarts de Chaume, Saumur, Savennières, Touraine and Vouvray. Other European growing countries are Italy (45 ha), Switzerland (6 ha), Spain (100 ha) and Hungary (6 ha).

In South Africa it was introduced as early as 1655 by the governor and viticultural pioneer Jan van Riebeeck (1619-1677) and became immensely popular. There, under the name Steen, it is the most common variety with 18,515 hectares. The largest quantities are found in the Paarl, Malmesbury and Olifants River areas. The variety, which is particularly well suited to South African conditions, is the basis for distillates and high-quality white wines here.