Name (also called flor yeast) for special yeasts of the species Saccharomyces bayanus, capensis, cheriensis, fermentati, montuliensis and rouxii. These are capable of converting sugar into alcohol in the first anaerobic phase (without oxygen) of fermentation. Afterwards the pile yeasts can switch the metabolism to aerobic (with oxygen), so that a waxy, initially white coating is formed from alcohol and oxygen, which coats the individual yeast cells. As a result, the yeast cells rise to the surface of the wine and form a centimetre-thick layer (film), which increasingly turns brown. This protects the wine from air ingress and prevents further oxidation. This phenomenon is used in Spain in the production of the sherry variants Fino and Manzanilla. The resulting flavours give the typical nutty aroma. 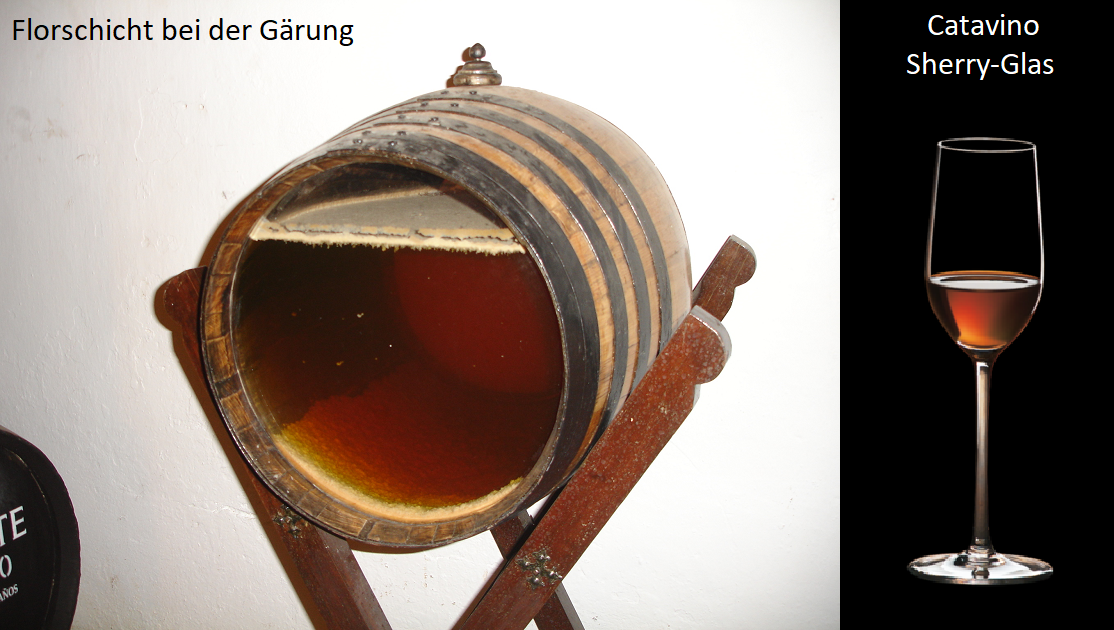 However, the process can only take place at an alcohol content of 14 to a maximum of 16% by volume. At a higher alcohol content, the pile yeasts die off, which in the case of the sherry variant Oloroso is deliberately controlled by sprit (addition of alcohol). The process is favoured by the special Andalusian climate. Due to the dry air with very low humidity, enough water evaporates through the wooden barrels to achieve an optimal alcohol content. Below 14% vol the wine turns into vinegar. The dead cells sink slowly to the bottom of the barrel during the maturing process and are called "wine mother" in Spain. French Vin Jaune is produced under similar conditions. The undesirable occurrence of pile is called "becomingmouldy".