The white grape variety comes from Spain. Synonyms include Almeria, Almeria Ohanez di Spana, Almeriiski, Blanca Legitima, Casta de Ohanes, Casta de Ohanez, Embarque, Khaen, Oanes, Oanez, Oganes, Ohanez, Raisin de Almeria, Santa Paula, Uva Almeria, Uva Blanca Alicante and Valensi du Maroc. She comes from a presumably natural cross between Achladi x unknown partner. It is an all-female grape variety with strikingly olive-shaped berries. The variety is cultivated in many southern countries, where it is mainly used as a table grape, but also as a wine grape. The variety was a cross-breeding partner in the two new varieties Calmeria and Nyora. It is cultivated as a wine grape in small quantities in the province of Zaragoza(Aragon). In 2010, one hectare of vineyard area was designated (statistics Kym Anderson). 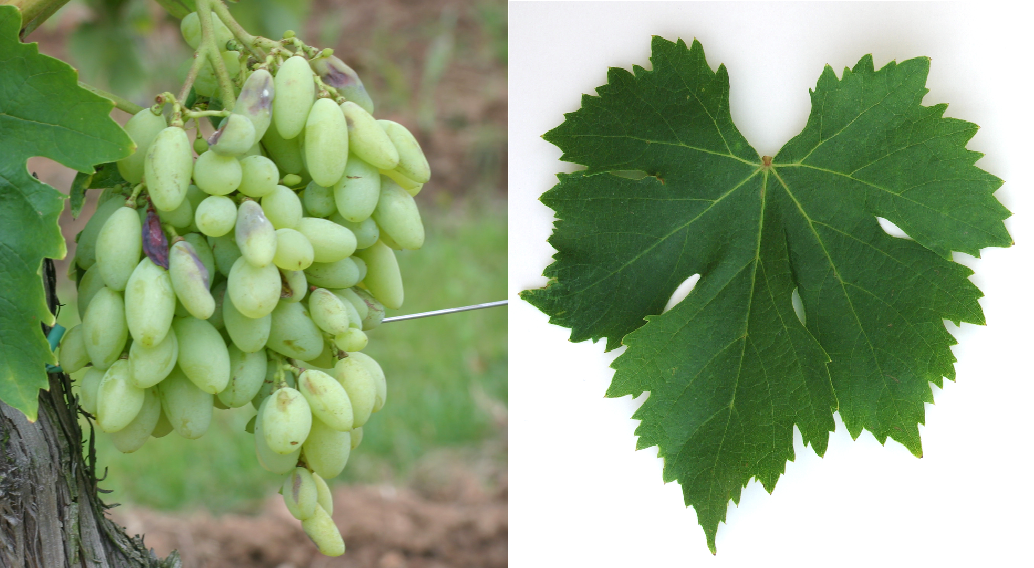 There is also a red variety called Ohanes Negro (Imperial Napoleon), which also comes from a crossbreed Achladi x unknown partner. It is not known whether this is a colour mutation.