The red grape variety comes from Italy. Synonyms are Abbruzzese, Albese, Jonico, Lacrima, Negro Amaro, Nigroamaro, Purcinara and Uva Olivella. The name means "black bitter", which indicates a high tannin content. According to another version, this is a double emphasis (lat. nigra and grch. mavro for black) of the dark berry colour. According to an unverifiable hypothesis, an ancestor was allegedly introduced by Greek colonists as early as the 7th century BC. According to DNA analyses carried out in 2011, however, no relationship to Greek varieties could be established. A parent-offspring relationship to the variety Sangiovese, which had been suspected earlier, was also not confirmed. From a probably natural crossbreeding Malvasia Bianca Lunga x Negroamaro, the variety Malvasia Nera di Brindisi was created. 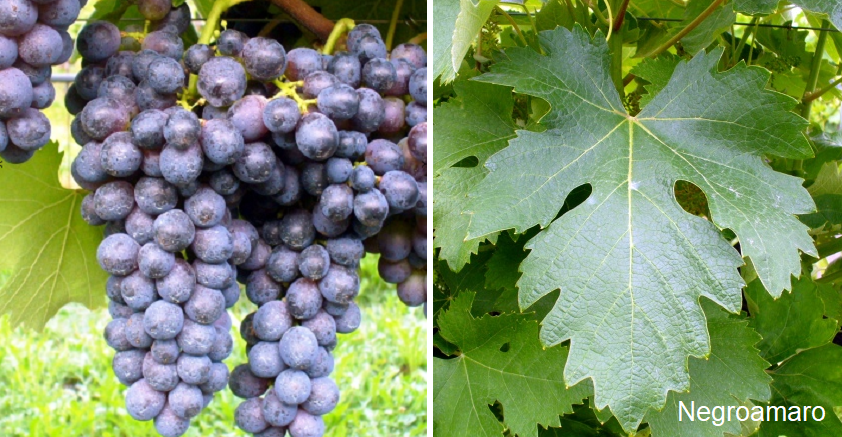 The medium to late ripening vine is resistant to both types of mildew. It produces dark coloured red wines, rich in alcohol and tannins, with great storage potential. The variety is one of the most important in the Puglia region (heel of the boot). The variety is mainly present in the provinces of Lecce and Brindisi in the eastern part of the Salento Peninsula and, to a lesser extent, Bari and Taranto. It is authorised in the DOC wines Aleatico di Puglia, Alezio, Brindisi, Copertino, Leverano, Negroamaro di Terra d'Otranto, Salice Salentino, Squinzano and Terra d'Otranto. 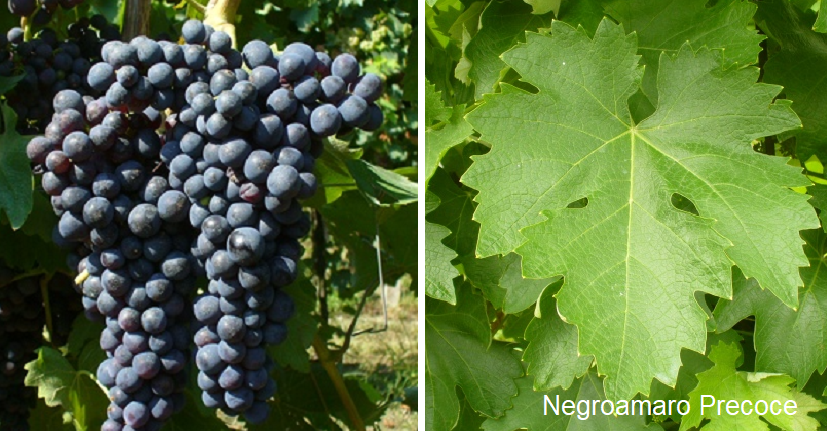 In 2010, the variety occupied a total of 11,460 hectares of vineyards in Italy. Compared to 1990, when there were still over 40,000 hectares of vineyards, there was an enormous reduction of around 70% due to a grubbing-up premium initiated by the EU. There is also an early-maturing variety called Negroamaro Precoce, with 32 hectares designated this year. In Australia (Adelaide Hills) there is also a small population of Negroamaro (Statistics Kym Anderson). The variety is thus ranked 61st in the worldwide grape variety ranking.