There are two different white grape varieties with this name:

1) New breeding between Riesling x unknown variety according to DNA analyses published in 2012. The parenthood stated in the breeding list(Rieslaner x Grüner Silvaner) x Müller-Thurgau turned out to be wrong. Synonyms are Gloriosa and Würzburg B 55-8-53. The cross was made in 1955 by Dr. Hans Breider (1908-2000) at the State Institute for Viticulture in Würzburg. Plant variety protection was granted in 1980 and no stocks were recorded in 2010 (Statistics Kym Anderson). 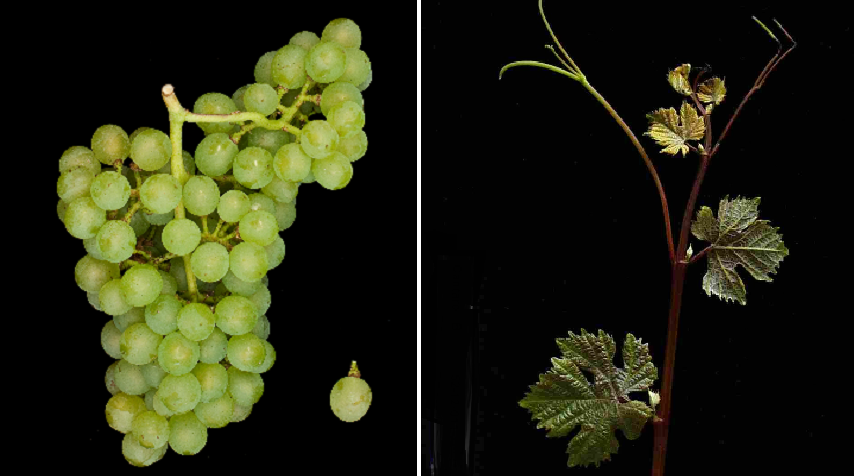 2) New variety between Pedro Ximénez x Palomino; the name refers to the Spanish "wine jug". The cross was made in Spain, where it is also exclusively cultivated. With the same parents the new breed Pajolera was created. In 2010 no stocks were reported (Kym Anderson).