In addition to amphorae and barrels, containers used from antiquity to the late Middle Ages for storing and transporting wine. They were made of goat, cow or pig skin (stripped animal skin with hair or fur). The picture on the left shows a silen (figure from Greek mythology, similar to a satyr) with a wine tube around 340 to 320 BC (under his right forearm). The Jesus saying "of new wine in old wineskins" known in the Bible in the Gospel of Matthew (9.16 to 9.17) refers to the leather containers of this type. In ancient Rome, these were called Culleus. In some southern countries such containers are still in use for mainly simple or rustic wines; in Spain they are called cuero. In the picture on the right, a wine tube made of goat skin from the present day according to historical models. 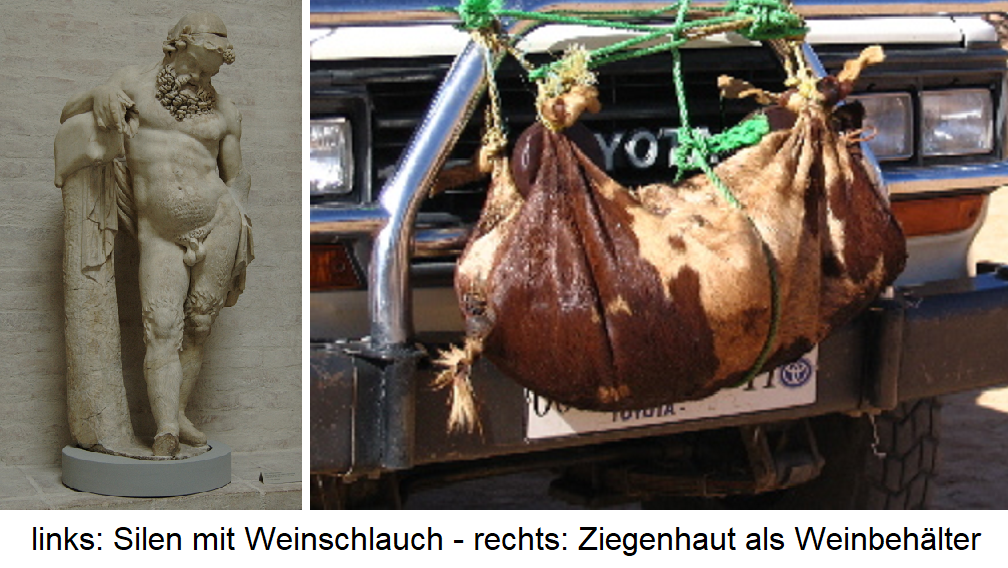 From the 1990s onwards, so-called bag-in-boxes came into fashion as wine containers. In these cases, elastic plastic bags are located inside an outer container (cardboard). See also under wine containers.