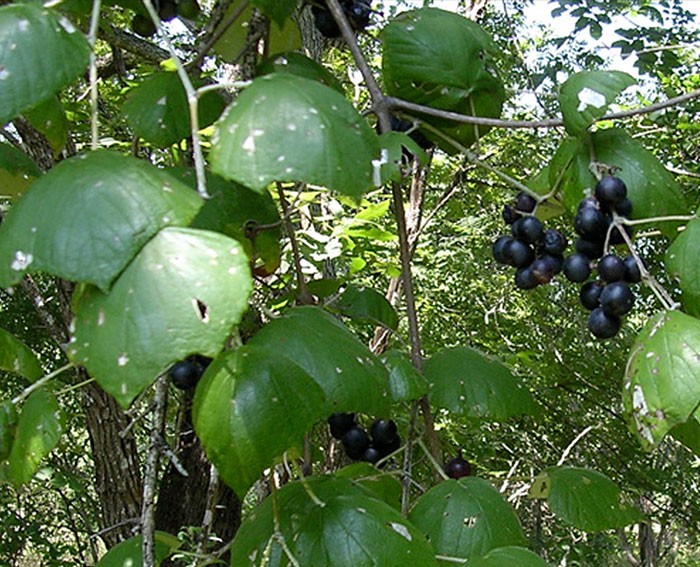 One of about 30 American species or wild vines with the full botanical name Vitis mustangensis Buckl. It was first described in 1845 by the German botanist Georg Engelmann (1809-1884) and then in 1861 by the US biologist Samuel Buckley under its present name. The species name Vitis mustangensis is derived from the American wild horse. A botanical synonym is Vitis candicans, which is still frequently mentioned in older sources. Together with the two species Vitis labrusca and Vitis shuttleworthii the group Labruscae is formed.

The vine is mainly native to the US states of Alabama, Arkansas, Florida, Louisiana, Mississippi, Oklahoma and Texas. It is mainly found along forest edges and fences in the swamps of the Mississippi Delta. The vine, which climbs up to over 13 metres, has dark blue, almost black berries with a gelatinous pulp that leaves a burning, bitter taste. This makes it unsuitable for wine production. In old sources, pioneers report that the wine could only be enjoyed with the addition of three kilograms of sugar per gallon and sprites with spirit.