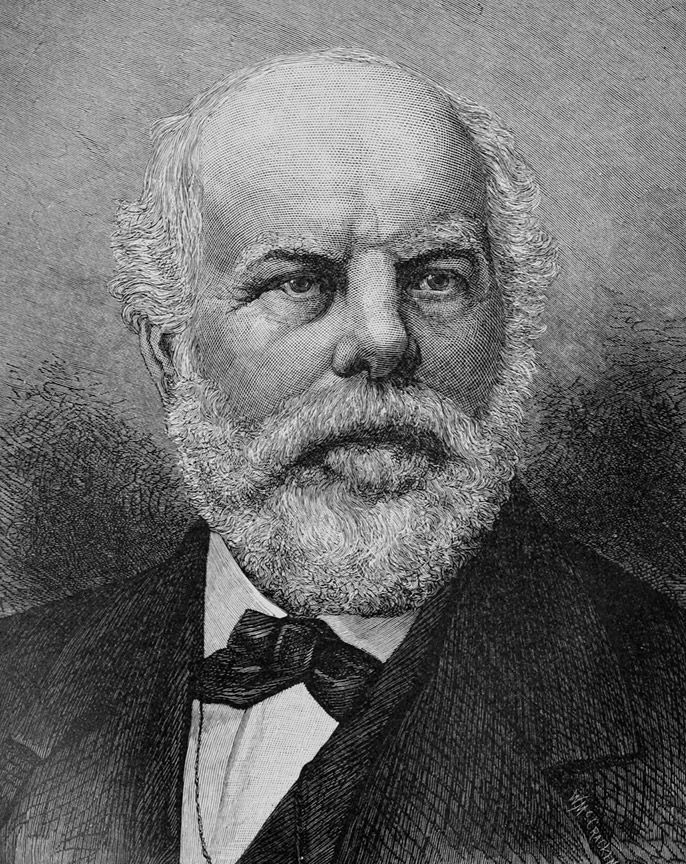 The German doctor and botanist Georg Theodor Engelmann (1809-1884) studied medicine in Heidelberg, Berlin and Würzburg. In 1832 Engelmann travelled to America on behalf of relatives for whom he was to look for suitable land to buy. After travelling through Illinois, Missouri and Arkansas, he settled in St. Louis (Missouri) as a general practitioner in 1835 and became a sought-after doctor due to his new methods. He dealt intensively with the American botany and founded the cactology of the continent. In 1859 he published his extensively illustrated work "Cactaceae of the Boundary" with an overview of all North American cactuses known until then.

Later he dealt with agaves, oaks and conifers, among others, and last but not least vines. In 1845 he described the American wild vine species Vitis mustangensis for the first time. In 1880 he classified the species Vitis cinerea Engelm. ex. Millardet as a separate species, which is why it is included in the botanical name. Of eminent and far too little appreciated importance for European viticulture at the time of the phylloxera catastrophe was that Engelmann discovered the resistance of American vines to phylloxera and recommended French scientists to use American vines as rootstocks for the European varieties (incidentally, others had the same idea). Together with Alexis Millardet, Jules Émile Planchon, Charles Valentine Riley and Pierre Viala, he is considered the saviour of viticulture from phylloxera.

Engelmann devoted himself to his studies of nature as early as 1835. He observed the course and water level of the Mississippi and extended his meteorological observations to include the measurement of air pressure, precipitation, humidity, cloud cover and wind conditions. The "Academy of Science of Saint Louis", which he founded in 1856 and of which he was the first president, developed into one of the most respected academies in the USA. He was a member of many scientific academies and scholarly societies.