Elevation in the district of the town of Rüdesheim in the German wine-growing region of Rheingau. The mountain is located exactly where the Rhine turns its direction from west to northwest. According to legend, it was here that Emperor Charlemagne (742-814) observed the snow melting first on the slopes of Rüdesheim Hill during a boat trip on the Rhine to his palace in Ingelheim (Rheinhessen). He then ordered a vineyard to be planted here with vines from Orléans. 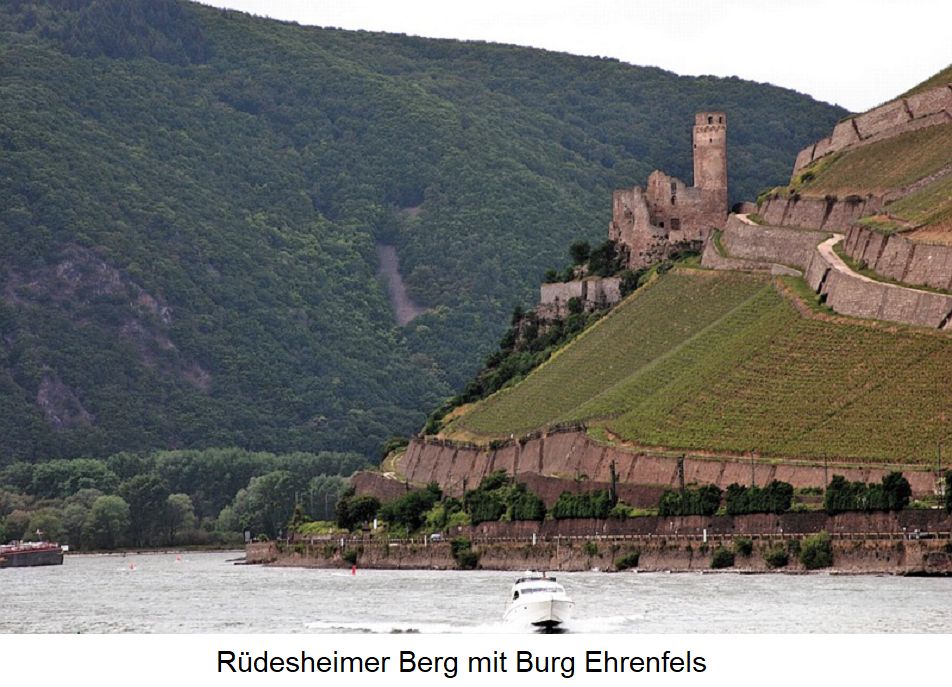 The vineyards, which are mostly south-facing and only in the westernmost part south-west-facing, cover around 95 hectares of vineyards with slopes of up to 60°. The soils consist of Taunus quartzite and slate with varying proportions mixed with loess and clay in flatter areas. The climate is exceptionally mild with optimal exposure. The sunlight (exposure) and heat levels are the highest in the Rheingau. Over 90% of the grapes grown here are Riesling. Until the 1970s, the vineyards consisted of countless small plots separated by dry stone walls. During the land consolidation in 1971, they were divided into the single vineyards Berg Kaisersteinfels, Berg Roseneck, Berg Rottland and Berg Schlossberg.