Term for the totality of all meteorological processes or possible weather conditions including the typical sequence as well as the diurnal and seasonal fluctuations that are responsible for the average condition of the earth's atmosphere at a particular location. The name (Greek climate = curvature) is derived from the curvature of the earth's sphere and the resulting locally different angle of incidence of the sun. The climate is not only shaped by processes within the atmosphere, but rather by the interplay of all spheres of the earth (continents, oceans, atmosphere) as well as solar activity. Climate is one of the most important factors influencing viticulture. 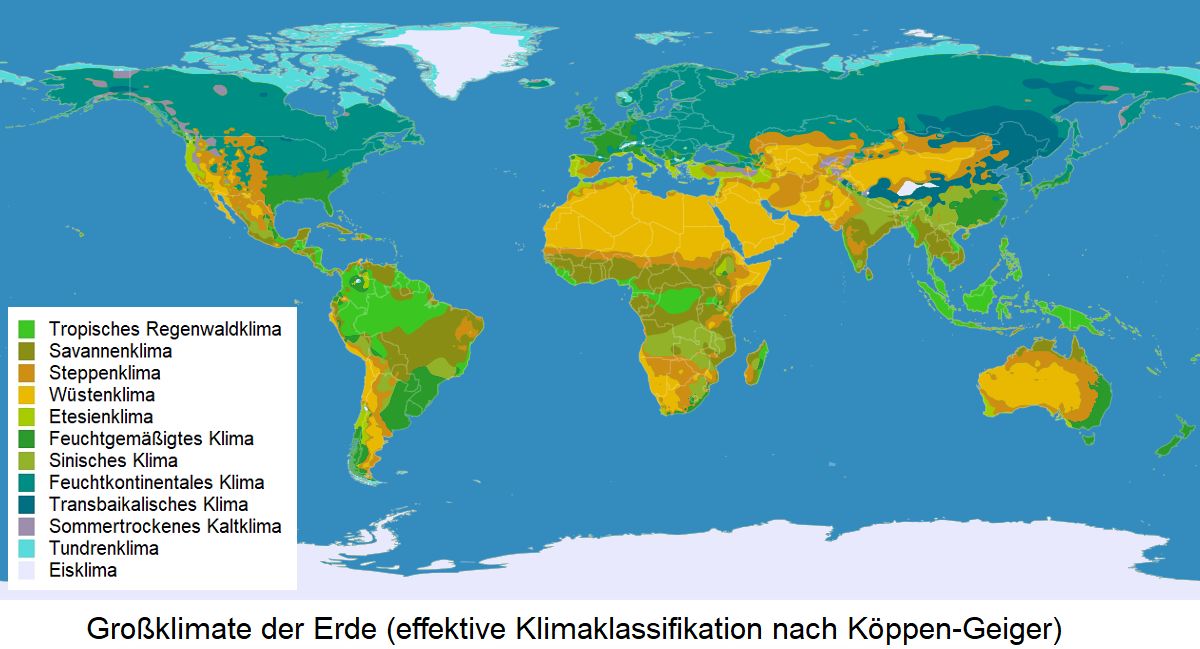 As a distinction from the weather (hours to weeks) and the weather (a few days to a week, to even a month or a season), climate is understood as a statistically determined condition of the earth's atmosphere over a period of several decades (at least 30 years). Areas with the same climatic conditions are classified into climatic zones. There are various classifications; the best-known originates from the German-Russian climatologist and biologist Wladimir Peter Köppen (1846-1940). This was then continued by the meteorologist Rudolf Geiger (1894-1981).