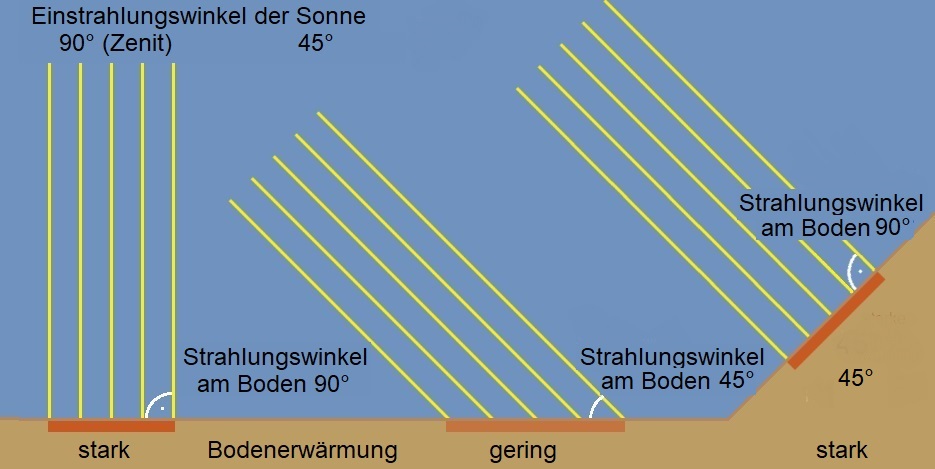 In viticulture, the best slope exposure in dry, warmth-favoured areas is an orientation from the southeast to the east. In climatic border areas with heat deficits but sufficient precipitation, south to southwest exposures are optimal. A slope with an appropriate angle of inclination is advantageous. A good exposure with sufficient sunlight duration is an eminently important factor for optimal photosynthesis. Solar radiation and the temperatures associated with it are important criteria for winegrowing suitability. See also under climate.