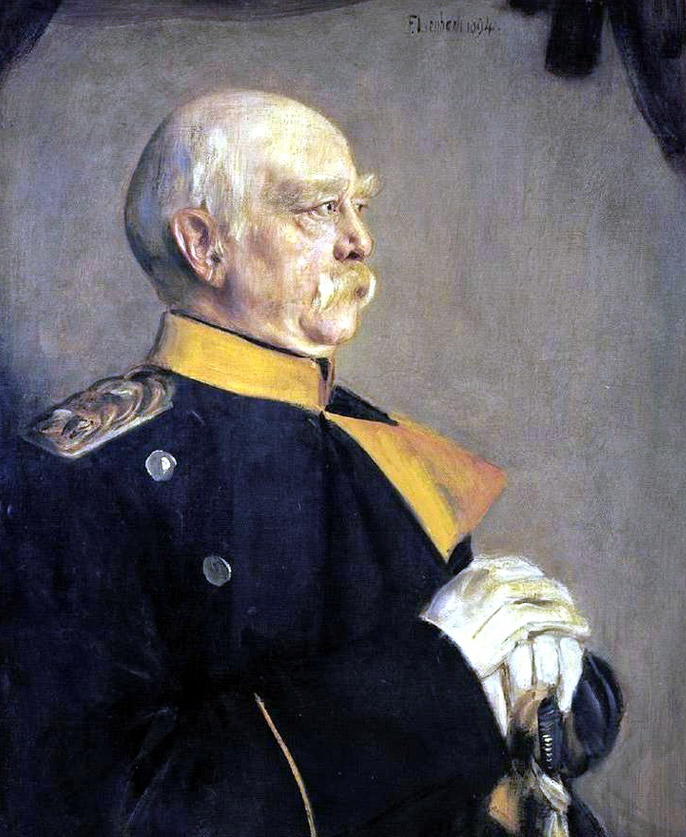 The German Chancellor, Prince Otto Eduard Leopold von Bismarck-Schönhausen (1815-1898) was a pronounced wine lover. One of his absolute favourite wines was a Riesling from the Reichsrat von Buhl vineyard in the famous Ungeheuer vineyard (municipality of Forst) in the German Palatinate. With his often quoted saying "This Ungeheuer tastes tremendous to me" he contributed significantly to the fact that this vineyard became world famous.

In 1883 Otto von Bismarck was given a bottle of the legendary 1811 vintage, also known as comet wine, by the Bassermann-Jordan winery on the occasion of his 68th birthday. At that time this wine, which is in excellent condition, was 72 years old. In Austria and Germany several wine, sparkling wine and beer brands were named after him. After the battle of Königsgrätz in 1866, he became acquainted with and appreciated wines from the Burgenland community of Pöttelsdorf (Austria) at the peace negotiations in Nikolsburg in Moravia (now part of the Czech Republic) and was regularly supplied with Pöttelsdorf wines for the rest of his life. A winegrowers' cooperative there was called "Domäne Bismarck" in his honour for some time.