The winery is located in the municipality of Lana, south of Merano (province of Bolzano) in the Italian wine-growing region of South Tyrol (Trentino-Alto Adige region). The Zollweghof, mentioned in 1346, has been family-owned since 1935. Today it is managed by Franz Pfeifhofer and his partner Irmgard Windegger. The south- and south-east facing vineyards are situated at the entrance to the Ulten Valley in the "Natura 2000 area" Gaulschlucht gorge at 450 metres above sea level. They comprise three hectares of vineyards on extremely steep slopes, which have to be worked by hand. The barren soils and the cool evening winds from the Ulten Valley give the wines freshness, intense fruitiness and minerality. Above all, PIWI varieties such as Bronner, Cabernet Cortis, Muscaris and Souvignier Gris are cultivated, as well as the autochthonous Fraueler and Versoaln varieties for reasons of tradition. 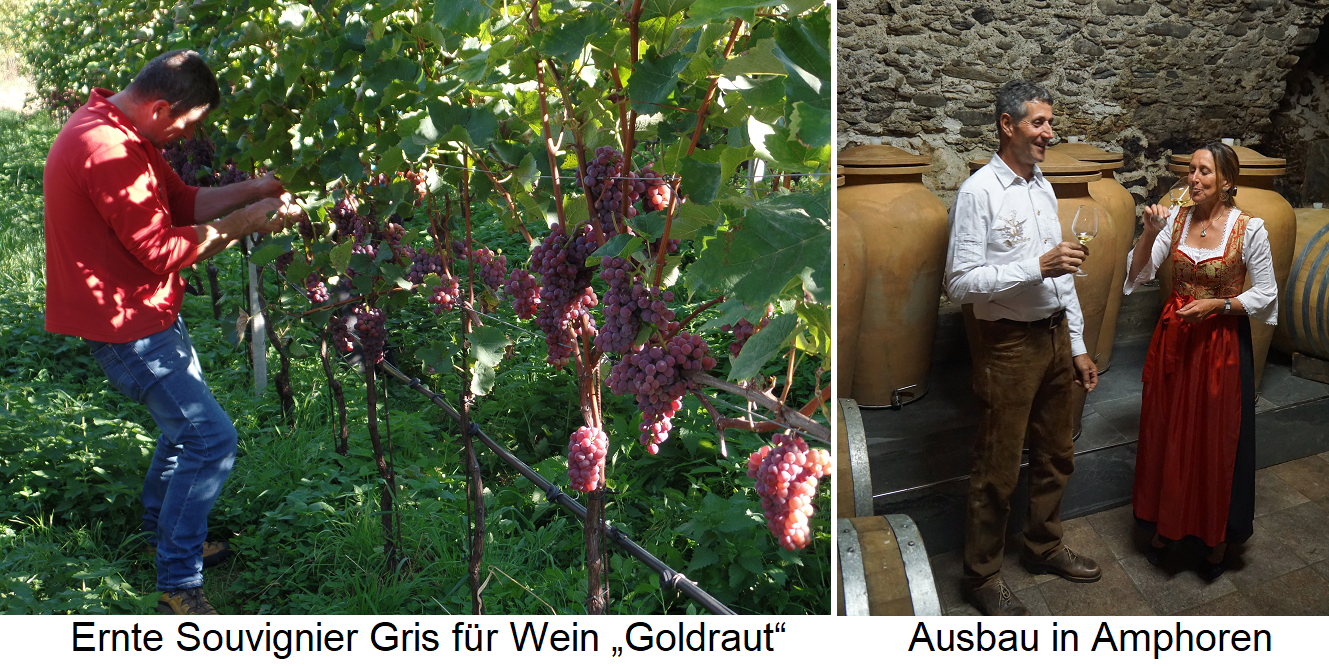 The cultivation has been organic since 1990 and since 2005 also biodynamic according to the rules of the organic association DEMETER. The wines are cellared and aged in the 700-year-old wine cellar of the farm. Depending on the type of wine, different containers such as tonneau, barrique or amphora are used. The range of products includes the white wines Bronner, Fraueler, "Goldraut" (Souvignier Gris) and the cuvée "PrissLa", the rose wine "Granat", the rosé sparkling wine "Swing" produced according to the méthode charmat, as well as the red wines "Unikum", "Bonifazius" and the cuvee "Braunsberg". In total, about 20,000 bottles are produced annually at the Zollweghof, all of which are sold in direct marketing.

Informations about "Zollweghof - Franz Pfeifhofer" in wein.plus Wine Guide
This page was last modified at 19 December, 2019 at 09:13.