Today's Weinviertel wine-growing region in Lower Austria used to be divided into the two independent wine-growing areas of Retz (in the west) and Falkenstein near Poysdorf (in the east), named after the respective main wine villages. Already in 1155 Retz vineyards were first mentioned in documents. Around 1200 the famous minnesinger Walther von der Vogelweide (1170-1230) is said to have enjoyed Retz wines in the Zehenthofkeller. Count Berthold von Rabenswalde (1278-1312) had a new town built on the foothills of the Manhartsberg in 1300 and moved his seat to this place, this was the birth of Retz. The town was later given its own protected wine-growing area and developed into the important wine trading centre of the area. Towards the end of the Thirty Years' War, the Swedes invaded Retz in 1645. The following rhyme reports about the commander's ability to drink: Captain Hensius from Sweden, well known as the greatest reveler, drank in four and a half moons with twenty buckets of wine, which for that day would be two dozen quarters. 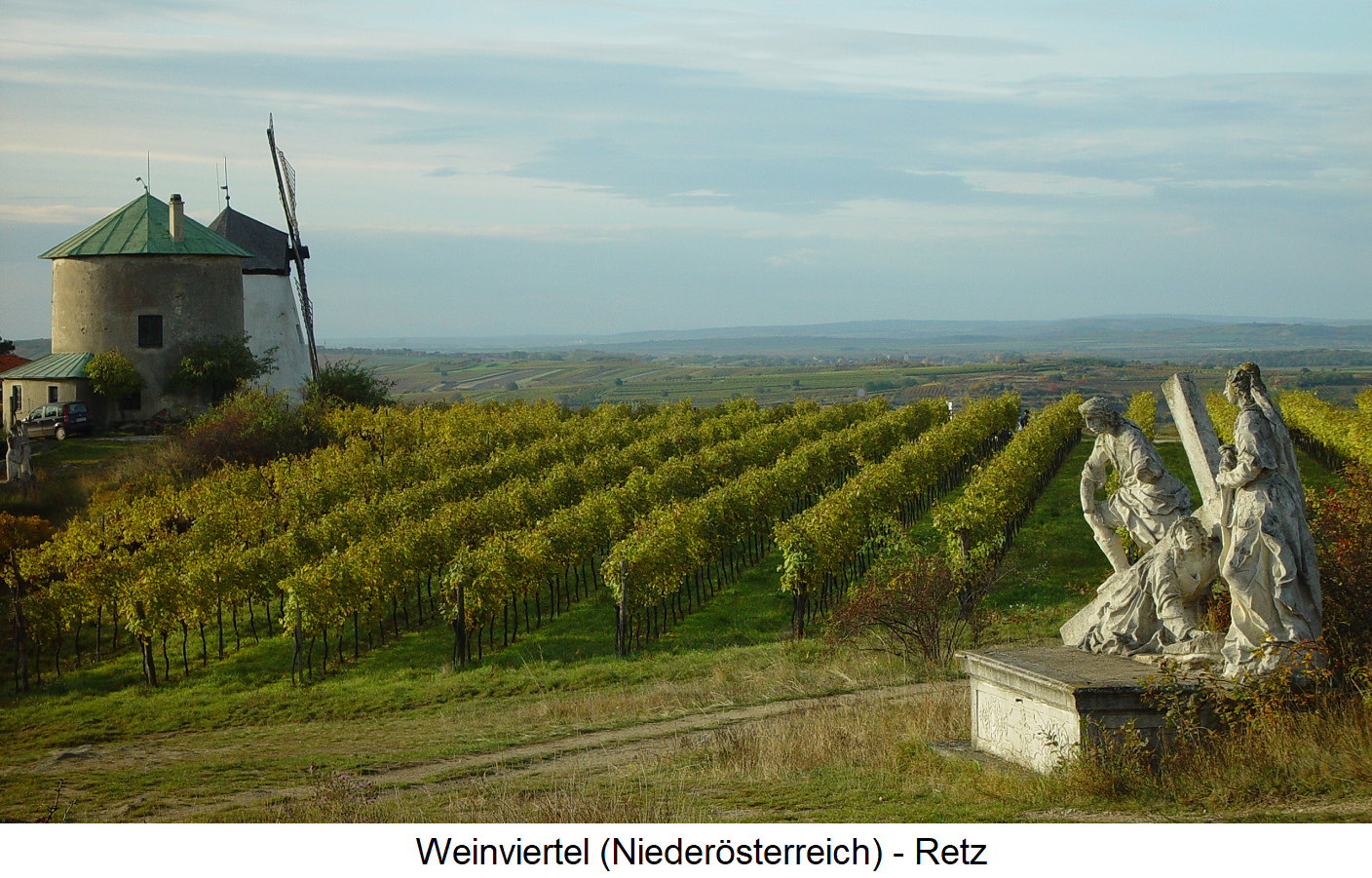 The subterranean Retz is criss-crossed by cellars up to 30 metres deep and up to three storeys high of enormous dimensions. Today, the cellar corridors have a total length of 21 kilometres, which is more extensive than the streets and alleys of the city. This is due to a privilege of the Hungarian King Matthias Corvinus (1440-1490). Every citizen was allowed to trade in wine and anyone who owned a cellar was allowed to enlarge it as needed. The cellar vaults driven deep into the loess have an ideal temperature between 8 and 10 °Celsius and a humidity of 90%. The total area under vines with the secondary villages of Unter-, Mitter- and Oberretzbach is about 1,000 hectares, 70% of which are planted with white wine varieties. Grüner Veltliner dominates here, followed by Welschriesling,Pinot Blanc and Riesling. The most important red wine varieties are Blauer Portugieser and Zweigelt. Well-known vineyards are Altenberg, Klafel, Satzen and Züngel. In Retz there is also one of the examination offices for the granting of the state examination number.