Riede (Lage) in the cadastral community of Pössnitz, municipality of Leutschach on the wine route in the Austrian wine growing region of southern Styria. However, only the southernmost part of this cadastral commune is designated as Pössnitzberg, which is directly adjacent to Slovenia. The rocky and enormously steep vineyards, surrounded by meadows and forests, provide a sustainable habitat for the diversity of flora and fauna. Different climates come together, including warm up winds from the neighbouring Slovenian valleys and cool air currents from the western Koralpe. The great differences in temperature result in an enormous depth of fruit and a variety of aromas in the wines. 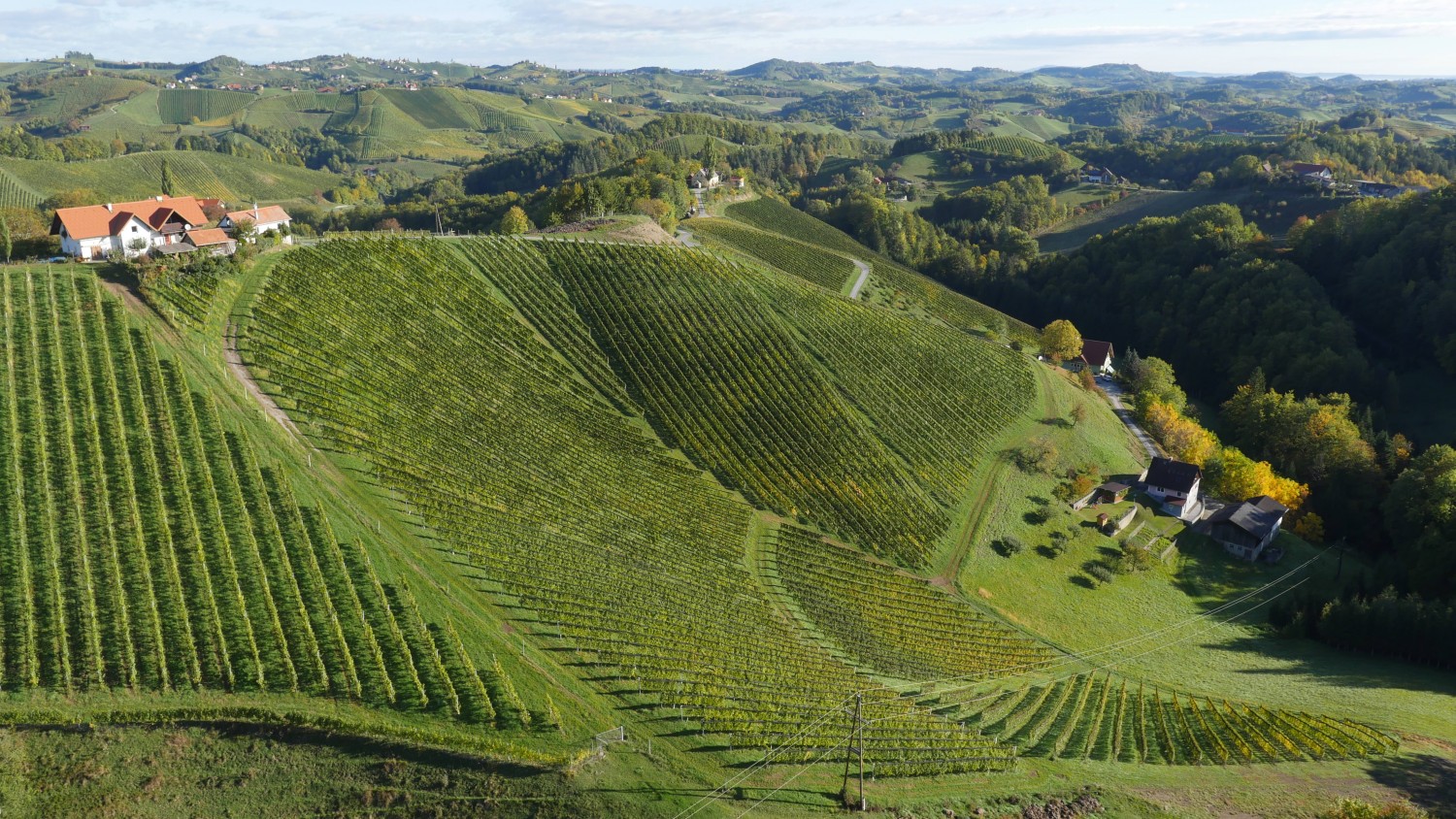 From the point of view of geological history, Pössnitzberg is located in the southwest Styrian sea sub-basin, where some 16 million years ago marine sediments were formed, some of them up to several thousand metres thick. These fine marine sediments, known as the Styrian Schlier, are mostly grey-green coloured, calcareous clay marl/shale with sand deposits, leaf fossils and lustrous charcoal remains. Characteristics of the highly calcareous soils are the humus, which is often only 20 centimetres high due to weathering, and the solid limestone marl sedimentary rock. This special type of soil is called Opok in Styria. It allows deep penetration of the vine roots and thus good water supply.

The predominantly south-facing basin sites with eastern and western foothills are located at an average altitude of 400 to 450 metres above sea level. Most of them have an inclination of over 50%, some parts even up to 75% (37°). Well known Subrieden are for example Krepskogel and Römerstein. The terroir is perfectly suited for the white wine varieties Sauvignon Blanc, Chardonnay, Morillon and Gelber Muskateller, which are mainly cultivated here. The Brolli-Arkadenhof, Sabathi Erwin (from whom this text originates), Tschermonegg and Tscheppe am Pössnitzberg (Polz family), for example, have shares in Pössnitzberg.