It must not be planted with the varieties Béclan, Blauburger, Béléguin or Béclébouche, despite the fact that the names are apparently synonymous or morphologically or name-similar, BlaufränkischBrun Fourca, Gamay (Dôle), Gouget Noir, Persan, Pineau d'Aunis, Tressot Noir or Trousseau Noir. It is most likely the original Pinot variety with many varieties or clones and mutations. According to DNA analyses carried out in 2000, a parent-offspring relationship exists between Pinot (see there in detail) and Traminer (Savagnin Blanc). Specifically, Traminer is assumed to be a descendant of Pinot, although the reverse relationship cannot be ruled out. The old synonym Schwarzer Traminer indicates this relationship, although at the time the name was created there was of course no concrete knowledge about it. Somatic mutations are Pinot Meunier (black Riesling) and velvet red, although the latter is sometimes considered a mutation of the former.

The three varieties Pinot Noir, Pinot Blanc and Pinot Gris have passed on their genes through natural crosses (often with the partner Gouais Blanc). However, these three varieties have an almost identical DNA profile, which is why DNA analyses of natural crosses cannot determine which one this was. For this reason, only Pinot is given (see a list there). Pinot Noir is one of the best grape varieties in the world, the Cépages nobles. Because of its excellent characteristics, the vine was and is a very popular crossbreeding partner for new varieties in many countries worldwide. These were Belek, Bermet, Buket, Carmina, Carminoir, Diolinoir, Domina, Hebros, Jagodinka, Ketrosy, Kolor, Mol Kara, Orfej, Palestina, Petra, Pinotage, Pinot Nova, Pliniana, Prior, Rainha, Ravat Noir, Red Milan, Schönburger, Skif, Vignoles and Župljanka.

It is a very old variety, possibly existing since 2,000 years (see also under Pinot). About the date/year when Pinot Noir was first mentioned or appeared in the individual countries, there are countless sources/variations with often different dates. The mentions in the 9th century in connection with Charlemagne (742-814) must be regarded as legends (but cannot be excluded), because it is unclear which grape varieties were meant exactly. In any case, it belongs to the classic Frankish varieties and could have been spread with the Traminer (Savagnin Blanc) during the time of the Frankish Empire. Reliable year dates are considered to be 1283 (Moreillon) and 1375 (Pinot Vermeil) in France, 1470 (Clebroit = Klebroth) in Germany in the community of Hattenheim in the Rheingau, 1766 (Cortaillod) in Switzerland and the 18th century in Austria, Hungary and Italy.

The German name Spätburgunder is actually misleading because it is an early ripening variety. The "Spät" is a differentiation from the early Pinot Noir which ripens about two weeks earlier (mutation of the Pinot Noir). The vine is sensitive to late frosts, as well as susceptible to trickling, both types of mildew, botrytis and virus diseases. It thrives best in a relatively cool climate. Burgundy and comparable areas at higher altitudes are considered ideal, as they are found in Europe in parts of Germany and Switzerland, and overseas in Canada, Oregon, California (Carneros, Sonoma, Central Coast), New Zealand and Australia (Victoria, Tasmania). It produces full-bodied, ruby red-violet red wines with harmonious acidity and tannin content, as well as varietal, fruity aromas of berries and bitter almonds. The variety is particularly suitable for bringing in the specific terroir because it is very sensitive to differences in soil type and microclimate. 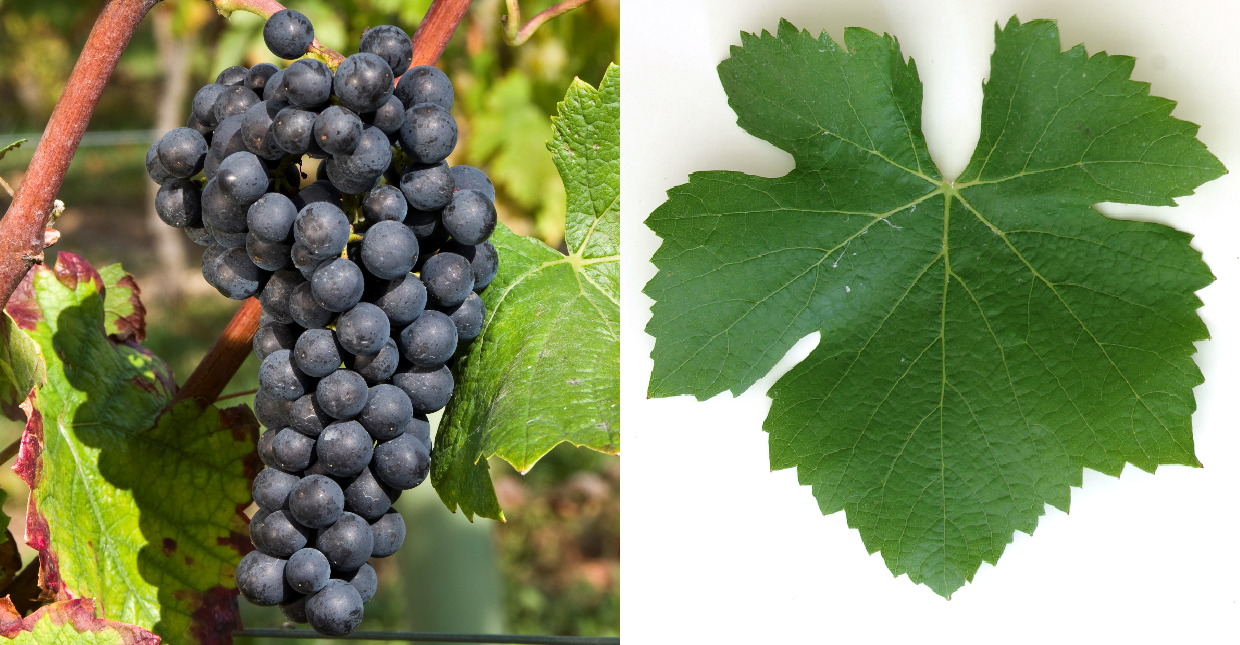 In Burgundy, Pinot Noir is the dominant red wine variety, this fact has led to the many differently classified plots of land or the Burgundy classification system. In the 19th century, the variety developed as the basis for the very great Burgundy wines such as those of Domaine de la Romanée-Conti on the Côte d'Or. A 1990 Romanée-Conti vintage from this winery is one of the most expensive wines in the world, fetching $28,112 for a bottle at Sotheby's auction in 1996. In Burgundy ~10,500 hectares are planted with it. In Champagne, the variety occupies ~13,000 hectares, which is about 30% of the vineyard area. There, it is pressed white(Blanc de noirs) and is an important component of the finest champagnes alongside Pinot Meunier and Chardonnay. In Alsace 3,758 hectares are planted with it. The French cultivated area amounts to a total of 29,738 hectares.

Outside France, Pinot Noir is present in almost all wine-growing countries of the world. In Germany, the variety is ranked first among the red wine varieties as Blauer Spätburgunder with 11,733 hectares of vineyards and is particularly widespread in the growing regions of Ahr, Baden, Palatinate, Rheinhessen and Württemberg. In Switzerland, Pinot Noir is the most common grape variety and, with 4,402 hectares, occupies about one third of the total area. The Mondial du Pinot Noir international wine competition is held annually in Sierre in the canton of Valais. In Austria, 649 hectares are planted under the name Blauburgunder (Pinot Noir) with an increasing tendency.