Name (also hipocras, hippocras, hippocras, hypocras, ipocras, ippocras, ypocras) of an aromatized spiced wine which has been heavily sweetened with honey or sugar. The name is derived from the Greek physician Hippocrates (460-377 B.C.), because in the Middle Ages wine was attributed medicinal or healing properties. Various substances such as cinnamon, cloves, orange blossoms, ginger, cardamom, marjoram, nutmeg and pepper were used for seasoning and sugar and honey were used for sweetening. Thus it is quite similar to a mulled wine. It was very expensive because of the expensive spices at that time and therefore only common at the courts of rich people and nobles. In Basel (Switzerland), a hypocras made from various red and white wines is still popular today as a traditional drink at the turn of the year. In France there are some producers of ingredients for the preparation but also of finished products in bottles. 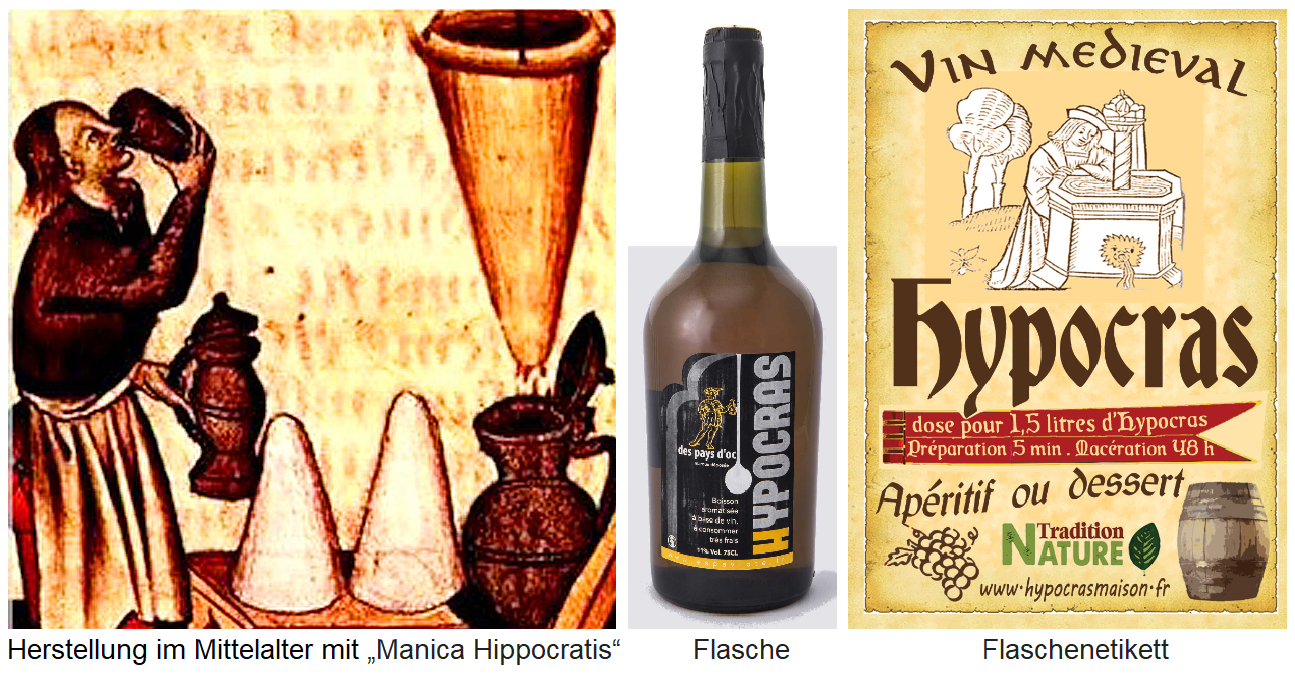 The pointed filtration bag or strainer bag made of muslin or felt, known as (Hippocrates' sleeve), was used in the Middle Ages for filtration or for removing the substances used for flavouring. See a list of special alcoholic beverages under special wines.