Mostly common designation in Burgundy (clos = closed, clôture = enclosure) for a vineyard or site. Usually this is an indication of an enclosure with a wall, although in some cases the wall no longer exists or in some cases never existed. Many such vineyards were built by the Cistercians in the Middle Ages with a wall as protection against animals and weather. One example is the Grand-Cru vineyard Clos de Vougeot in the Côte d'Or area, which was enclosed by the monks in 1330 with a high wall, miles long, some of which still exist today. 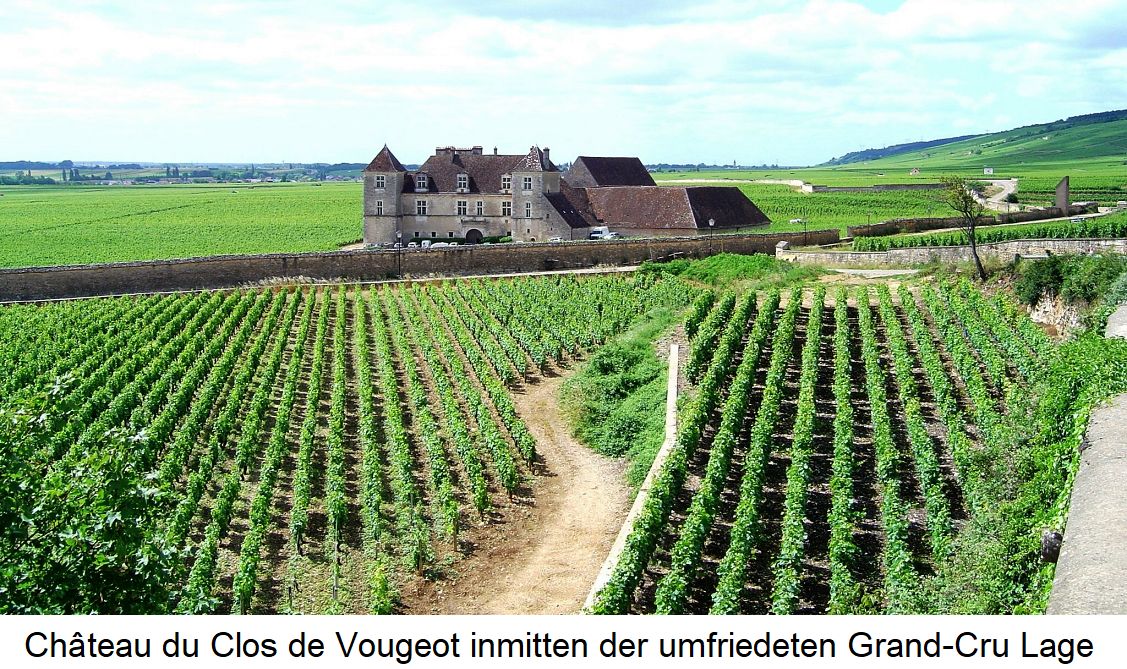 Clos is also used in the regions of Champagne, Bordeaux, Alsace, Loire, Rhône and southwest France, as well as in Switzerland(Vaud and Valais). Often such vineyards in France are own appellations of origin due to their special terroir. Many wineries put Clos before their name instead of Château or Domaine. Fenced vineyards can also be found in Germany, for example the famous Steinberg in the Rheingau, and in Austria. Other names for qualitatively outstanding areas are Climat, Côte, Cru and Lieu-dit. A complete list of all related keywords on this subject is included under vineyard area.