Difference between pesticides and biocides

What is the difference to the term biocides (bios = life, caedere = kill)? Biocides in the narrower sense are active substances, chemicals and microorganisms used in non-agricultural pest control against harmful organisms (such as rats, insects, fungi, microbes), i.e. disinfectants, rat poisons or wood preservatives. Products used in the cultivation of plants, on the other hand, are not called biocides, but plant protection products. Biocides are also called non-agricultural pesticides for the purpose of differentiation.

Biopesticides are non-synthetic plant protection products. Compared to chemical synthetic pesticides, they are characterised by lower toxicity, higher selectivity, better compatibility with biological or integrated pest management. Such a biopesticide has been developed against bee mortality and consists of the poison of a tarantula and the toxic substances of the snowdrop. In contrast to conventional pesticides, it has (allegedly) no negative effects on the bees. However, the use of such substances is usually more complicated and requires special know-how. In viticulture there are attempts to use biopesticides as an alternative to copper sulphate. 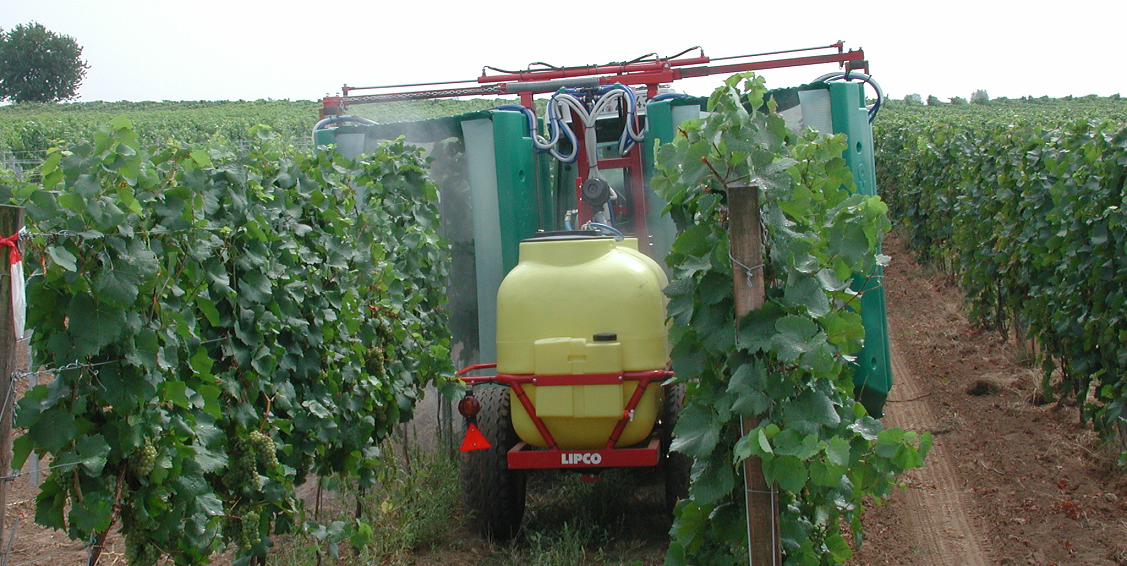 Although there are clearly regulated provisions regarding the classification of the many active substances, in reality often no distinction is made, or the terms biocides and pesticides are confused or equated. A fungicide can be assigned to both pesticides and biocides, depending on its use. Pesticides are classified as follows according to the target organisms or their effect on certain organisms of plant, animal or other origin:

In addition to the pesticides used specifically against certain pests or harmful organisms, there are also combination pesticides with a very broad spectrum of activity. The organism is accessed via the respiratory tract, as a feeding poison via the stomach and intestines, as a contact poison in insects or in plants via the leaves and roots. The active ingredients can be inorganic(arsenic, copper, sulphur, metal compounds), of organic-plant origin (nicotine, pyrethrum, neem seed extract), chemical-synthetic (dichlorodiphenyltrichloroethane = DDT, hexa, lindane, Round Up) or biotechnological(Bacillus thuringiensis preparations). The insecticide Nirosan, developed in 1938, is considered the first chemical synthetic pesticide, which led to the ban of arsenic in viticulture.

Mostly they are sprayed or atomized by means of a solvent (water) or are used as dust or in solid form. In the context of plant protection, the use of chemical synthetic biocides is one of the conventional methods. However, such chemical substances can (even when used in a controlled manner) cause serious environmental damage, which only has a long-term effect by disrupting the ecosystem. Such damage can be very subtle, for example thinner, brittle shells in bird eggs, orientation disorders in fish, hormonal effects on sexual expression, and even the extinction of a food chain member, whereby the latter can lead to a chain reaction. The synthetic substances are completely untested with regard to their effects on the natural balance, and the long-term effects are not predictable.

This is why chemical agents have come under increasing negative fire in public opinion. Attempts are being made to reduce the use of pesticides to the absolutely necessary minimum or, at best, to do without them altogether. Spraying is only carried out under infestation pressure when there is a risk of exceeding the damage threshold. Biotechnological, environmentally friendly methods are therefore increasingly being used. Within the framework of organic farming and biological plant protection, chemical agents and thus also pesticides are not permitted. In Integrated Pest Management, they are only used if ecological measures are not effective. Pesticides are used in organic viticulture only to the lowest possible extent, in biodynamic and bioenergetic viticulture hardly or not at all, and in some cases are even prohibited.

Grape: From Hans Braxmeier on Pixabay
Skull: From OpenClipart vectors on Pixabay
Bee: From rostichep on Pixabay
Tunnel sprayer: By Karl Bauer - own photo, CC BY 3.0 at, Link