The red grape variety comes from Greece; the name means "black laurel". Synonyms are Ahmar Mechtras, Fraoula Kokkini, Mauro Daphni, Mavrodafni, Mavrodanitsa, Mavrodaphni, Mavrodrami and Thiniatiko. It must not be confused with the other numerous varieties with Mavro as a name component. The Thiniatiko variety grown in Kefallonia is probably a clone of Mavrodaphne. Its parentage (parenthood) is unknown. According to DNA analyses carried out in 2013, it is a parent of the varieties Tsaoussi and Zakynthino. It is also suspected to be related to the variety Goustolidi.

The early-ripening, high-yielding vine with thin-skinned berries is susceptible to small berries and downy mildew, as well as being sensitive to drought. It produces aromatic, colourful red wines rich in tannins with aromas of vanilla and plums and ageing potential. There are two clones, Mavrodaphne Tsigelo with smaller berries (Kefallonia) and Mavrodaphne Regnio with more compact grapes (Achaia). 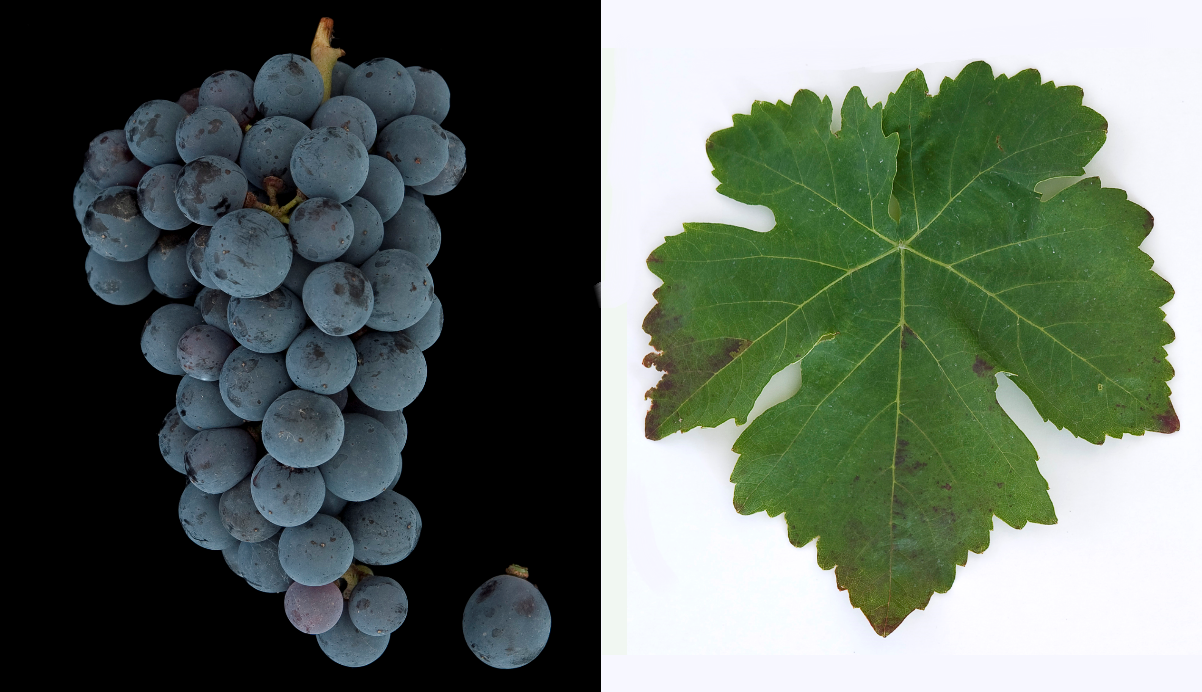 The fact that wines from this vine became famous in Germany and later all over Europe and also overseas is the merit of two Germans. Gustav Clauss (1825-1908), who immigrated from Bavaria, founded the Achaia Clauss company in 1861, which is now one of the largest Greek wineries, and for the first time produced sweet, fortified wines from this variety. From the mid-1870s onwards, the Neckargemuend wine merchant Julius Karl Menzer (1845-1917) imported Mavrodaphne and other Greek wines in large quantities and thus made them famous. In the meantime it has become one of the most famous Greek grape varieties worldwide.

Mavrodaphne, or with the second main name Mavrodafni, is mainly grown on the Ionian islands of Lefkada and Kefallonia, as well as in Achaia, the north-western part of the Peloponnese. In Kefallonia it is used to produce the POP wine "Mavrodaphne of Kefallonia" and in Patras (north coast of Peloponnese) the POP wine "Mavrodaphne of Patras". The total area under cultivation in Greece in 2010 was 345 hectares, with a strong downward trend, as ten years earlier it was 537 hectares (Kym Anderson).