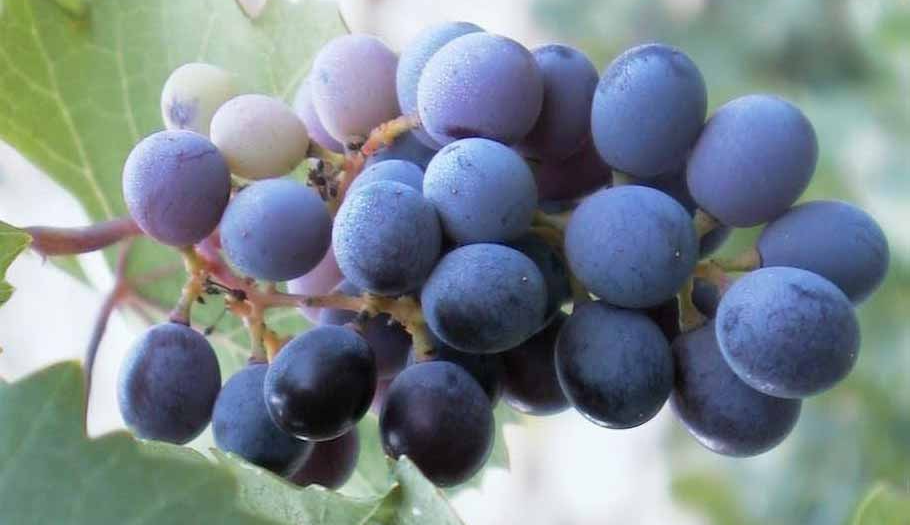 The variety was first mentioned in 1877 under the name Cipro Nero by the Italian ampelographer Giuseppe di Rovasenda (1824-1913). DNA analyses carried out in 2001 clarified that the varieties Korithi Mavro (Central Greece) and Kritiko Mavro (Crete) are identical. It is unknown whether the variety originated in Cyprus, in mainland Greece (Peloponnese) or perhaps in Crete.

The medium to late ripening vine is very susceptible to fungal diseases such as botrytis and powdery mildew. It yields red wines that are rich in alcohol but low in acidity and colour. Because of its large berries, it is also used as a table grape. It is mainly cultivated in Cyprus, where it occupies about half of the vineyards. Besides the white Xynisteri, it is a component of the famous sweet wine Commandaria. In 2010, the variety occupied a total of 3,575 hectares of vineyards in Cyprus (the small areas in Greece are not included/considered). Compared to the year 2000 with 10,969 hectares, there was an extreme reduction of almost 70%. This puts it in 132nd place in the worldwide grape variety ranking.