The red grape variety comes from Italy. The 100 or so synonyms testify above all to the great age and widespread use of the vine. The most important of these are numerous names with Nebbiolo and supplementary names such as Nebbiolo del Piemonte, as well as Chiavennasca, Lampia, Marchesano, Michet, Picotender, Picotendre, Picotendro, Picotèner, Picotenero, Picoutendro, Picoutendro Maschio, Picoutener, Picutener, Poctener, Pugnet, Prunent, Spana, Spana Commune, Spanna, Spanna Grossa and Vercelli. It must not be confused with the Chatus (Nebbiolo di Dronero, Nebbiolo Pairolè), Croatina (Nebbiolo di Gattinara), Dolcetto (Nebbiolo) or Nebbiolo Rosé varieties, even if the synonyms or morphological or name similarities seem to indicate this. The white variety Arneis (with synonym Nebbiolo Bianco) is not a colour mutation (or vice versa). There are four different Nebbiolo varieties/clones:

According to DNA analyses carried out in 2004, the first three proved to be genetically identical. However, there are significant differences in Nebbiolo Rosé. The ancestry of the Nebbiolo is unknown, at least one parent is probably already extinct. According to the DNA analyses, there are relationships with many varieties from Piedmont and Lombardy, which is why Nebbiolo is considered the leading variety. The Bubbierasco variety is the result of a cross between Nebbiolo and Bianchetta di Saluzzo. A parent-offspring relationship exists with the varieties Brugnola, Freisa, Nebbiolo Rosé, Negrera, Neretto di Bairo, Pignola Valtellinese, Rossola Nera and Vespolina. So one of them could have been a parent of Nebbiolo, all others are direct descendants. Nebbiolo was also a crossing partner of the new breeds Bric and Rubin Bolgarskii. 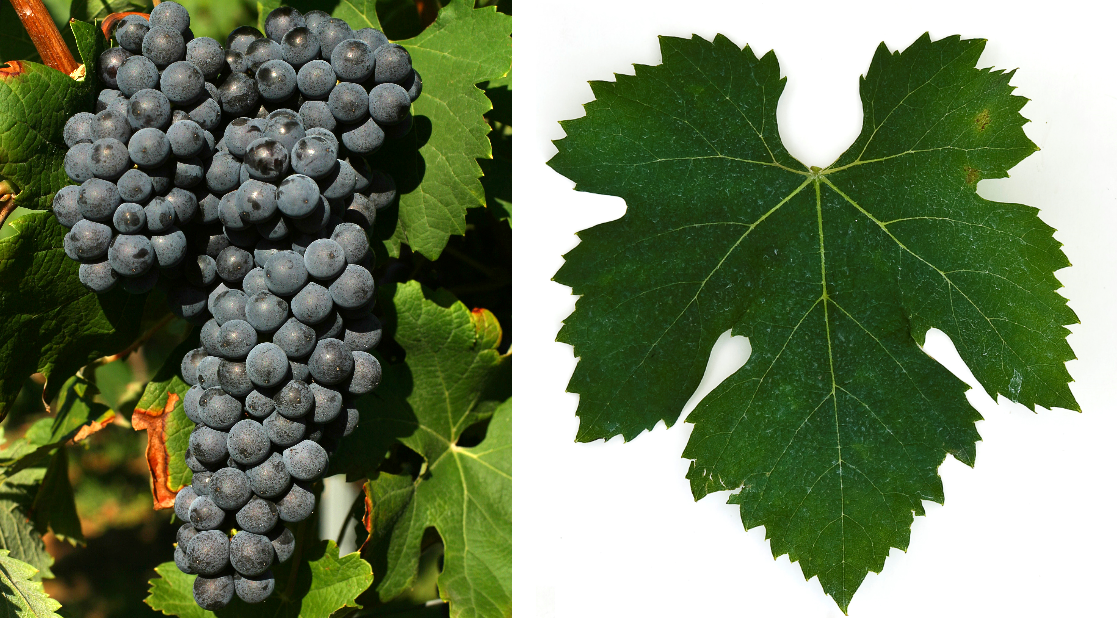 The "Spionia" (Spanna) mentioned by Pliny the Elder (23-79) is mentioned as a possible ancestor, but there is no evidence for this. In any case, it is a very old grape variety, mentioned in many documents in Piedmont from the 13th to the 19th century in the spellings Neblorii, Nebiolo, Nubliolio, Nibiolii, Nebiolus and Nebiolio, as well as Chiavennasca, Prünent, Picotendro and Spanna. Among others, the medieval author Petrus de Crescentiis (1230-1320) described the grape as "delicious" and the wine made from it as "excellent" in 1303. The special status of the variety is documented in a statute of the municipality of La Morra dating from 1431, in which everyone is threatened with a heavy fine and, in case of recurrence, even the loss of the right hand, which only cuts off a single Nebbiolo grape from the vineyard.

The vine, which ripens very late, is sensitive to late frost due to the early budding. The name is derived from the Italian word for fog (nebbia) or snow (neve) and, like the synonym "Prunent", refers to the white-grey wax coating (scent) of the berries. According to a second variant, it refers to the fog that can already exist when the berries ripen late. In humid flowering weather it tends to trickle. It produces acid and tannin-emphasized red wines with aromas of chocolate, violets, cherries, liquorice and roses, which have a high storage potential. Nebbiolo is counted among the best grape varieties in the world, the Cépages nobles.

The great wine potential of this variety was recognized by the famous French oenologist Louis Oudart in the mid-19th century, when he created the dry style of the now famous DOCG wines Barbaresco and Barolo. Until then, it was mainly vinified sweet. In Italy today it is cultivated mainly in the regions of Valle d'Aosta, Lombardy and Piedmont (here often under Chiavennasca or Spanna). There it is often found in high percentages in the DOC/DOCG wines Albugnano, Barbaresco, Barolo, Boca, Bramaterra, Canavese, Carema, Colline Novaresi, Coste della Sesia, Fara, Gattinara, Ghemme, Langhe, Lessona, Nebbiolo d'Alba, Roero, Sizzano and Valtellina, among others. Despite its high quality potential, in 2010 it only occupied 5,536 hectares of vineyards, which is due to its high demands for plenty of sunshine and calcareous marl soils.

Outside Italy, there are only relatively small Nebbiolo stocks with individual producers or vineyards with very few hectares. In Europe these are France (Languedoc), Switzerland (Valais) and Austria. Overseas there are also smaller stocks in the US states of Idaho, California, New Mexico, Oregon, Pennsylvania, Tennessee, Virginia and Washington, as well as in Argentina, Australia, Canada, Chile, Mexico, New Zealand, South Africa and Uruguay. In 2010, the variety occupied a total of 5,992 hectares of vineyards. Compared to 1990, when 5,047 hectares were planted, this represents an increase of around 20%. It occupies 103rd place in the worldwide grape variety ranking.