The red grape variety comes from France. The name is probably derived from the French word for blackbird (merle), because these birds like to nibble on the very sweet berries when fully ripe. However, the name can also be an allusion to the black-blue colouring of the berries similar to that of the bird. There are more than 60 synonyms, which testify the worldwide distribution. The most important are Alicante Noir, Begney, Bigney, Bigney Rouge, Bini, Black Alicante, Blue Merlot, Bordò, Cabernet del Cleto, Crabutet, Crabutet Noir, Crabutet Noir Merlau, Hebigney, Higney, Médoc Noir, Merlau, Merlot Black, Merlot Blue, Merlot Crni, Merlot Nero, Merlot Noir, Merlott, Merlou, Picard, Pikard, Plant Médoc, Saint Macaire, Sémillon Rouge, Vidal and Vitraille. 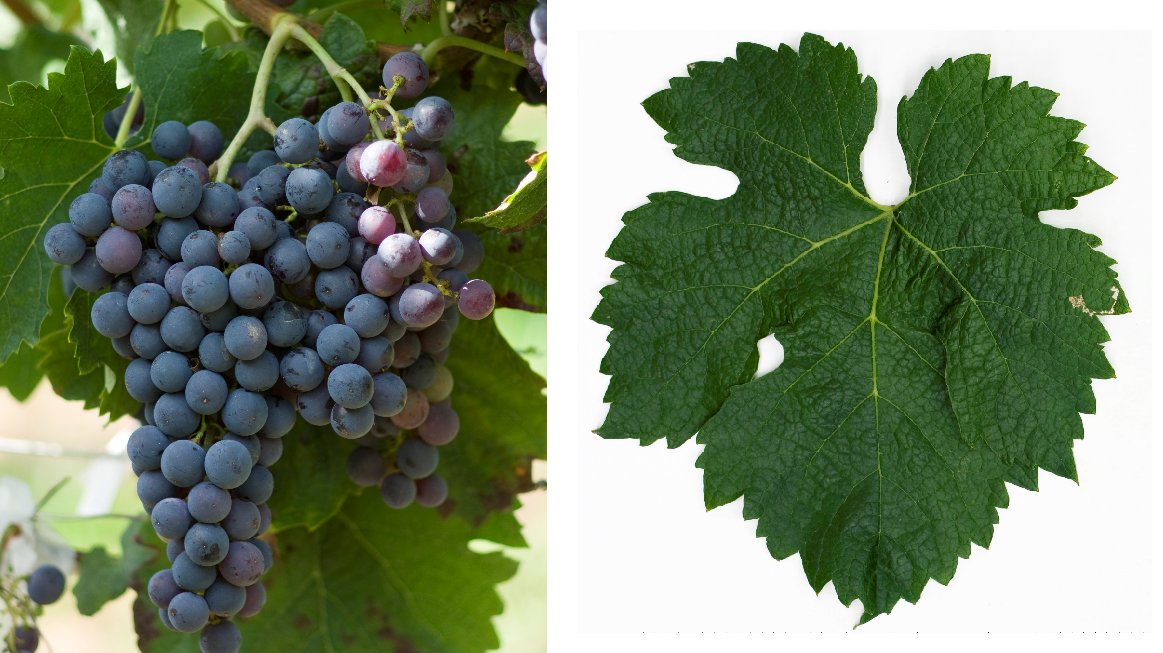 It must not be confused with the Carmenère, Menoir or Saint-Macaire varieties, despite the fact that they appear to have synonyms or morphological similarities. Since Carmenère and Merlot vines are very similar in appearance, vines imported overseas were very often planted in mixed sets in the vineyard. For this reason, the Carmenère variety has long been mistaken in Chile for a variety of Merlot. DNA analyses carried out by Dr. Ferdinand Regner (Austria) in 1999 had already identified the Merlot parent Cabernet Franc (father). But it was not until ten years later, in 2009, that Jean-Michel Boursiquot identified the variety Magdeleine Noire des Charentes (mother) as the second parent.

The varieties Abouriou, Cabernet Sauvignon, Carmenère and Cot (Malbec) have at least one parent in common with Merlot. The Merlot Gris and Merlot Rosa varieties discovered in Brazil in the early 1980s are colour mutations. The variety Merlot Blanc on the other hand, is the result of a cross between Merlot and Folle Blanche. A first mention under Crabutet Noir dates back to the 14th century. Under the name Merlau or Merlot, it was first mentioned in documents in 1784 in the Libournais area and was one of the most important Bordeaux varieties at that time. In the Italian region of Veneto the variety was mentioned in 1855 under the synonym Bordò. A first complete description was given by Victor Rendu (1809-1877) in 1857 in his work "Ampélographie Française".

It is the most common grape variety in France and is particularly widespread in the Bordeaux and Languedoc-Roussillon regions. The variety is the determining factor in Bordeaux blending on the right bank of the Dordogne river(Rive droite) together with Cabernet Sauvignon and Cabernet Franc. These are the Graves area, as well as Saint-Émilion and above all Pomerol, where it is an almost single-variety main component of the great red wines of Château Pétrus and Château Le Pin. These are among the best and most expensive red wines in the world. The total area under cultivation in France is 115,746 hectares. 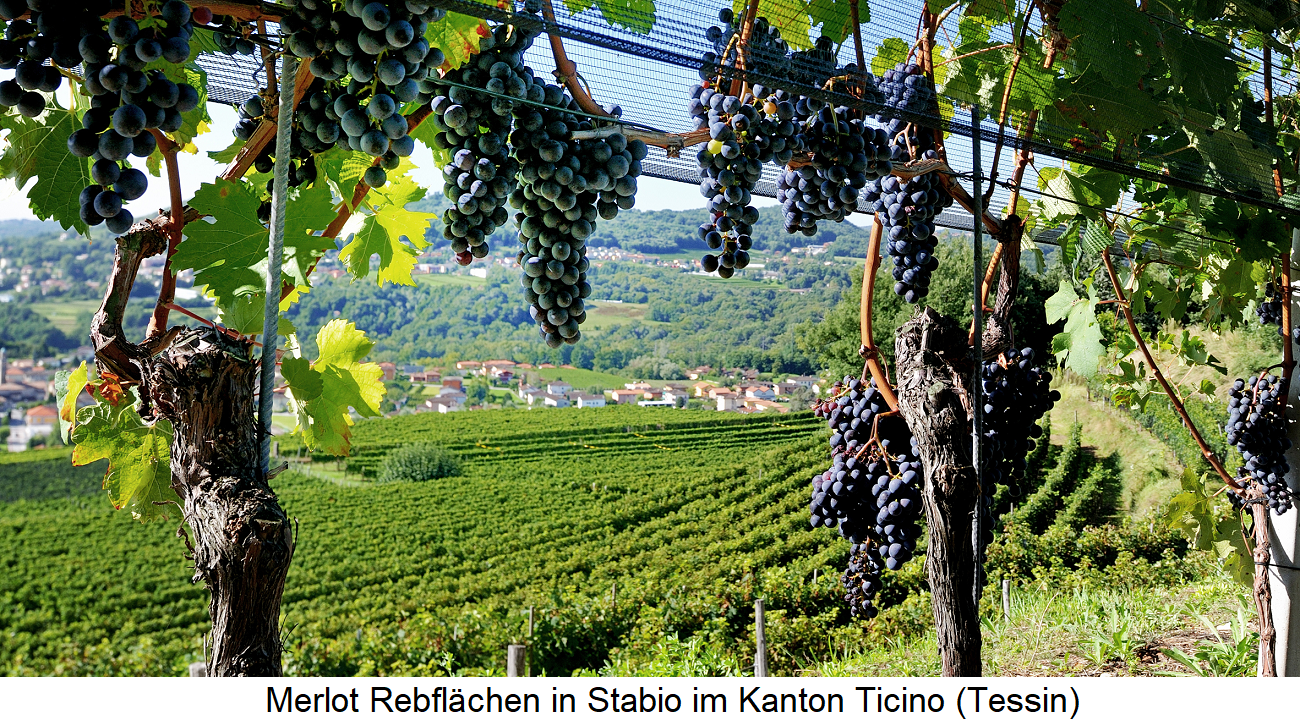