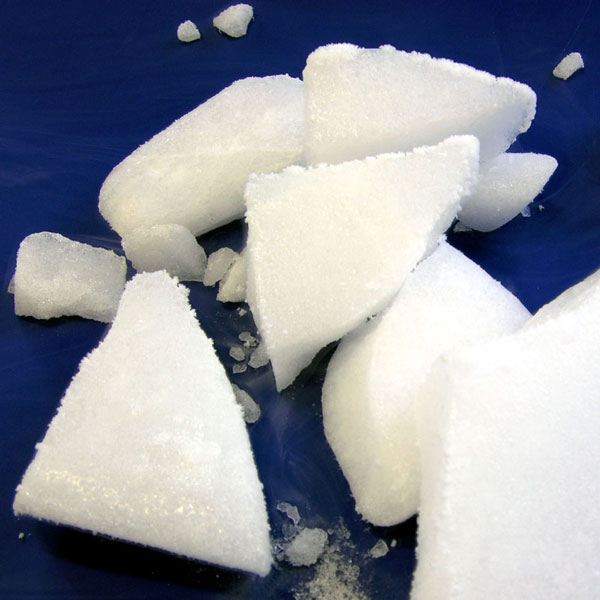 Incombustible, colourless and odourless, acidic gas (also carbon dioxide) with the molecular formula CO2. Colloquially, carbon dioxide is very often incorrectly referred to as carbonic acid. In solid form as dry ice, it is used as a coolant (right picture). The gas is produced during all combustion processes and also during the respiration of animal and human life. It also occurs in volcanic rocks and at great depths. Although it only makes up a small proportion of 0.039 percent by volume in the atmosphere, this tiny amount is indispensable for all life because it is needed by plants during photosynthesis and oxygen is formed in the process. Since industrialisation, the proportion has increased by around 25% due to the so-called greenhouse effect, which is directly related to climate change. The proportion is greater in the northern hemisphere (probably due to the larger land mass).