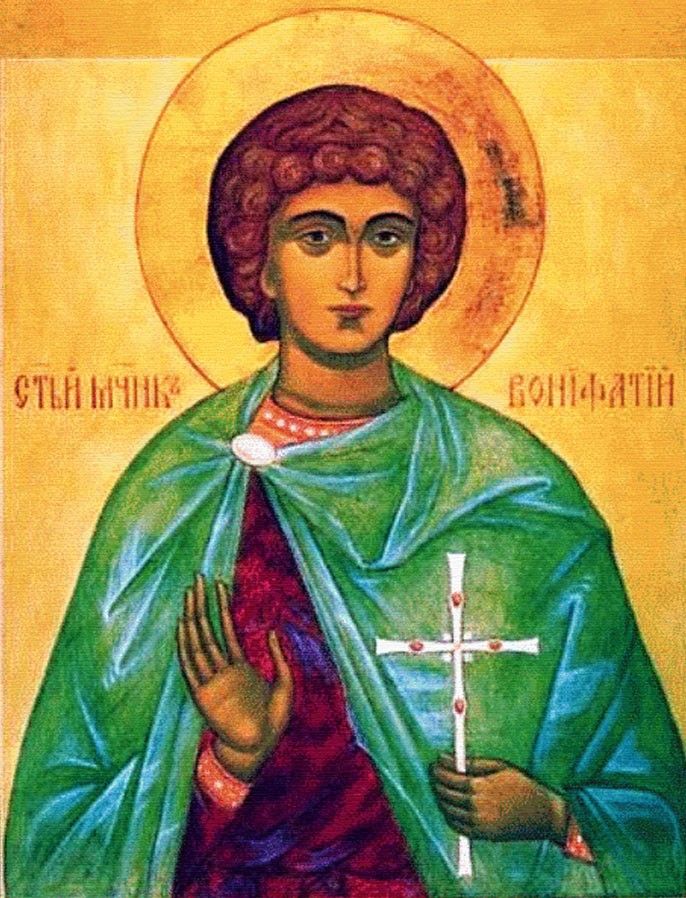 Boniface of Tarsus, who was later canonized, was born in Rome and died a martyr's death in Tarsus in Cilicia in present-day Turkey around 306. The name means "the benefactor". While still a non-Christian, he was commissioned by a rich Roman woman to find relics of Christian martyrs in Tarsus and bring them to Rome. When he witnessed the tortures and killings during the persecution of Christians under Emperor Galerius (250-311), he was baptized and professed Christianity, whereupon he himself had to die by boiling bad luck. His companions brought his bones to Rome, where they were buried on the Via Latina.

Boniface is one of the five icy saints, his day of remembrance is 14 May (orthodox 19 December). In this context there are two farm rules 1) Before Boniface no summer, after Sophie no frost. 2) Pankrazi, Servazi, Bonifazi, are three frosty bazi, and in the end, the cold Sophie is never missing. For more information on the complex of themes, see also the keywords "viticultural customs", "wine gods" and "wine saints".