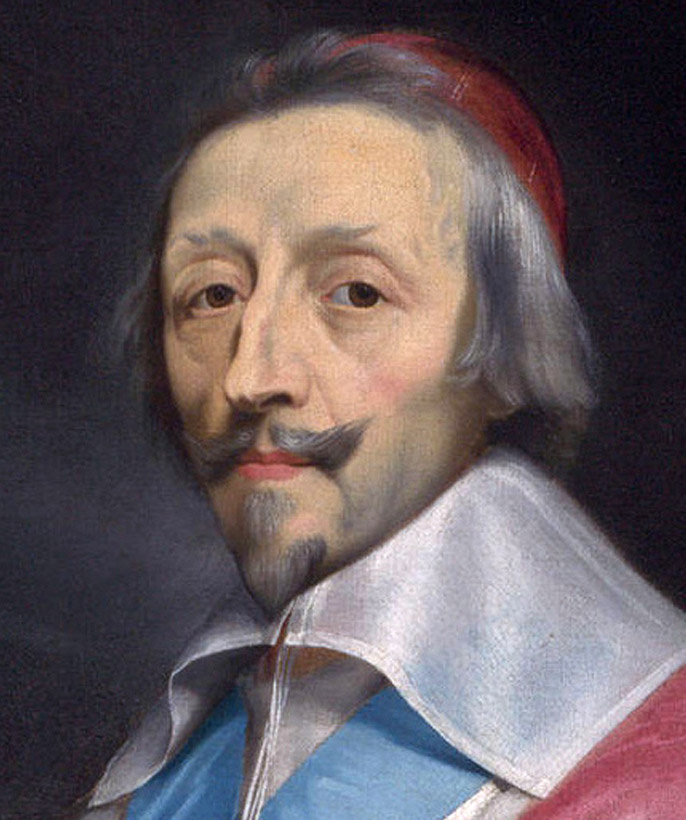 The French statesman Armand Jean du Plessis - Cardinal Richelieu (1585-1642) attained the bishop's title already at the age of 21 due to impressive education and great willpower. He then made it to the Cardinal and rose to the First Minister of King Louis XIII (1601-1643). Through his initiative the Académie française was founded. In foreign policy, he saw the Spanish-Austrian House of Habsburg as France's greatest opponent.

The noble family Richelieu owned large areas of land in Fronsac (Bordeaux). The cardinal was a great wine lover, among other things he appreciated the wines of Fiefs Vendéens and Fronton. A quote from him: "Whoever does not drink wine, misses a lot of pleasure, but whoever drinks the wine wrong, spoils the pleasure for himself and others. He is also credited with an important contribution to the spread of Cabernet Sauvignon in France. Richelieu was a regular guest at the famous restaurant La Tour d'Argent in Paris, which still exists today, and whose cellar now holds 450,000 bottles of wine.