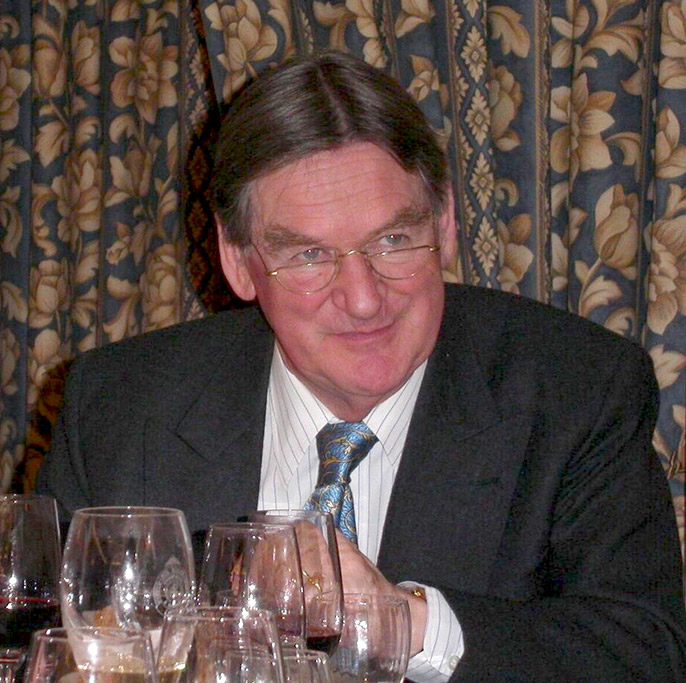 The English wine writer Hugh Johnson (born 1939) is one of the most successful wine publicists in the world. He is considered both a wine expert and a great stylist. As successor to the founder André Simon (1877-1970), he became editor of the magazine "Wine and Food" for several years and later also Secretary General of the International Wine & Food Society. His first book "Wine" was published in 1966. The "Great Wine Atlas" published in 1971 (subsequent edition "The New Wine Atlas") became his most successful work, describing all the wine-growing regions of the world with maps.

It was followed by "Enjoying Wine", "How Wine is Made - Given by the Gods, Made by Men", "Atlas of German Wines" (together with co-author Stuart Pigott), "Atlas of French Wines" (together with co-author Hubrecht Duijker), "The Great Johnson" and "The World Atlas of Wine" (2001 - together with co-author Jancis Robinson). The wine guide "Der Kleine Johnson für Weinkenner" (The Little Johnson for Wine Connoisseurs) describes and evaluates all the important wines of the world and was first published in 1977. Since then, an updated edition has been published every year. According to the cover text, the Little Johnson is the best-selling wine guide in the world.