The historically important winery is located in the community of Wiltingen (Saar area) in the German Moselle wine region. The origin goes back to a donation to the monastery St. Marien in the year 700. The monastery subsequently also started to grow wine in the area of today's famous Scharzhofberg vineyard. In 1037, a deed confirms the core area of today's Scharzhof as property. The name "Scharz" is first mentioned in the monastery's register of properties in 1340. After the secularisation under Napoleon (1769-1821) the estate was auctioned off in 1797. Through marriage, a part of it came into the possession of Felix Müller (1810-1888) in 1837. Under his son Egon Müller I (1853-1932) it became the sole property of the family, who brought the estate great success and renown in the following years with successful participations in world exhibitions.

His grandson Egon Müller III. (1919-2001) handed over the business in 1991 to his son Egon Müller IV, who is now the fifth generation of the family to run it. With the 2000 vintage, the new cellar master Stefan Fobian replaced Horst Frank, who had been working successfully at the Scharzhof for decades. The vineyards cover a total of 16 hectares of vines in the famous eponymous Scharzhofberg site (7 ha), in the Braune Kupp site (4 ha), which is in sole ownership, and in the Kupp site. Almost exclusively the Riesling variety is cultivated (95%). 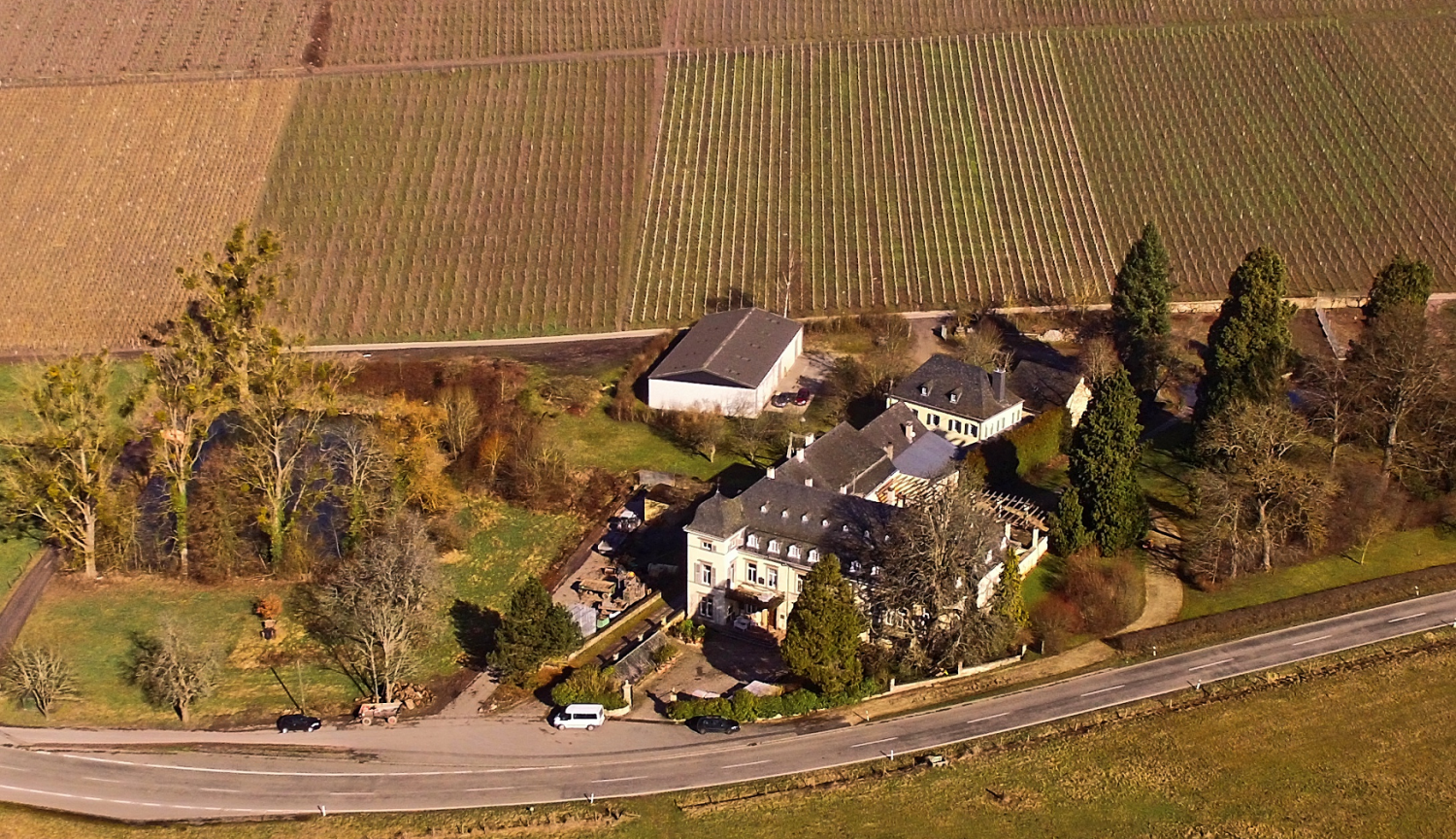 The grape harvest takes place in several tranches according to the degree of maturity of the grapes, which are vinified and bottled separately. Only residual sweet wines up to Trockenbeerenauslese and Eiswein are produced. Five to six different selections in one year are not uncommon. In principle, the vinification takes place in large wooden barrels. The top wines of the house carry a golden capsule (in former times the label contained "feinste Auslese"). The Rieslings are among the best and most expensive wines in the world and achieve record prices at auctions. At the 2011 VDP wine auction in Eberbach Monastery, a 1999 Scharzhofberger TBA achieved 6,433 Euros. The "Le Gallais" winery in Wiltingen was taken over as early as 1954. The wines from the Braune Kupp site are marketed under this label. There is a joint venture with the vineyard "Kastel Belá" of Baron Ullmann in the south of Slovakia near the Hungarian border, where dry Rieslings are produced. The winery is a member of the VDP (Association of German Prädikat Wineries), as well as the renowned association PFV (Primum Familiae Vini).

Informations about "Weingut Egon Müller-Scharzhof" in wein.plus Wine Guide
This page was last modified at 27 April, 2020 at 19:30.