French term for a winery. However, it does not necessarily have to be a "castle" or even a "castle-like building". Its use is therefore not tied to whether or not a castle is present; it is not uncommon for there to be none at all. However, individual, especially historical wineries do have splendid buildings that truly deserve this name. Among the most attractive are Château Beychevelle (Saint-Julien), Château Chasse-Spleen (Moulis), Château d'Issan (Margaux), Château Margaux (Margaux) and Château Pichon-Longueville Baron (Pauillac). More similar to a castle are Château Rauzan-Ségla (Margaux) and Château d'Yquem (Sauternes). There are over 4,000 châteaux in France, but the term is mainly used in Bordeaux. According to another explanation, however, "Château" is not derived from the French word for "castle" but from "Chai" (Chaisteau) for "barrel cellar". The correct name would therefore be "Chaisteau".

Especially in the Médoc area, the term Château has a very special meaning. There, it is, so to speak, a trademark that, at least for the 61 vineyards classified in 1855, is almost equivalent to the importance of a separate appellation (see under Bordeaux Classification). Often a better quality is assumed if "Château" appears in the wine designation, although it has no wine legal meaning. This is partly exploited inflationarily by winegrowers' cooperatives naming wines of simple quality in this way. In Burgundy, Château corresponds to the Domaine, in the German-speaking world to the Castle, in Portugal to the Palacio and in the English-speaking New World such as California or Australia to the Estate.

Of course there are also wineries with castle-like buildings in many other countries. A very fine example is the Robert Weil Winery in the German Rheingau wine growing region. The parent house in the community of Kiedrich is the former villa of the noble English patron of the arts Sir John Sutton (1820-1873):

An example from overseas is the Francis Ford Coppola Winery in Napa Valley, California (USA), named after its famous owner (director of the films "The Godfather" and "Apocalypse Now"): 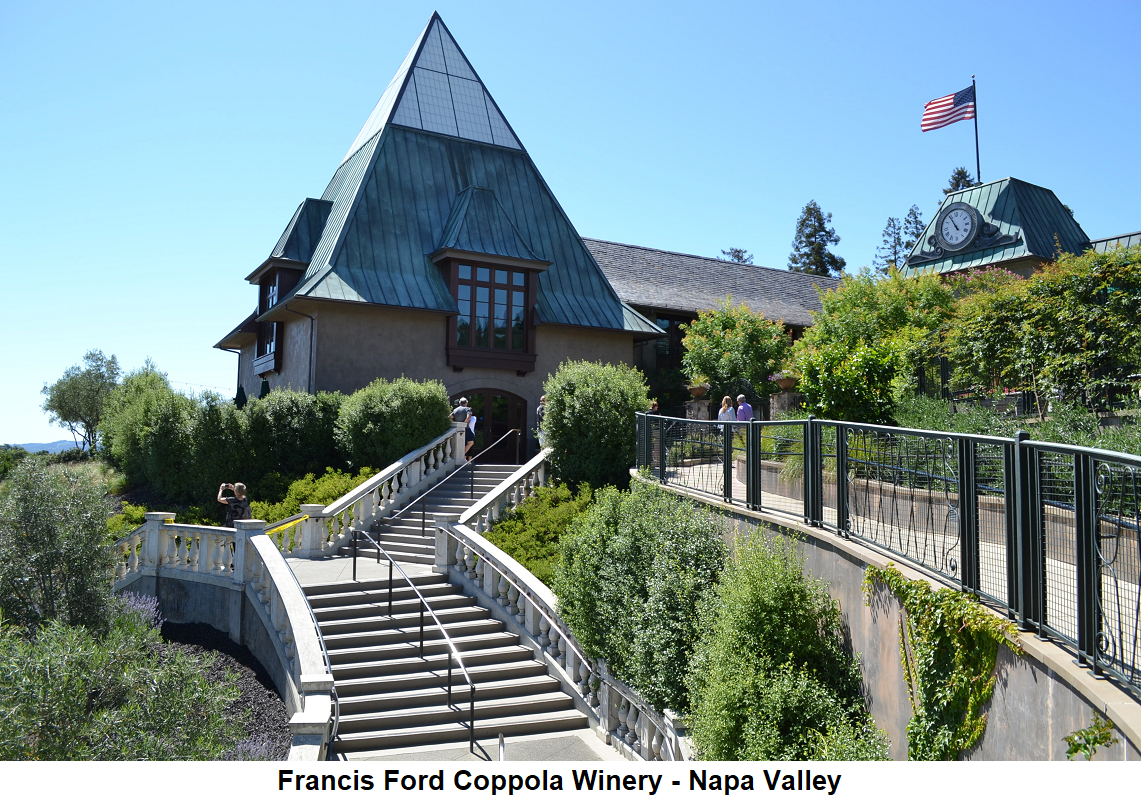 Other terms for wine producing companies are Azienda vinicola (Italy), Domaine or Mas (in the south of France, especially Burgundy), Estate (New World) and Weingut (Germany and Austria).