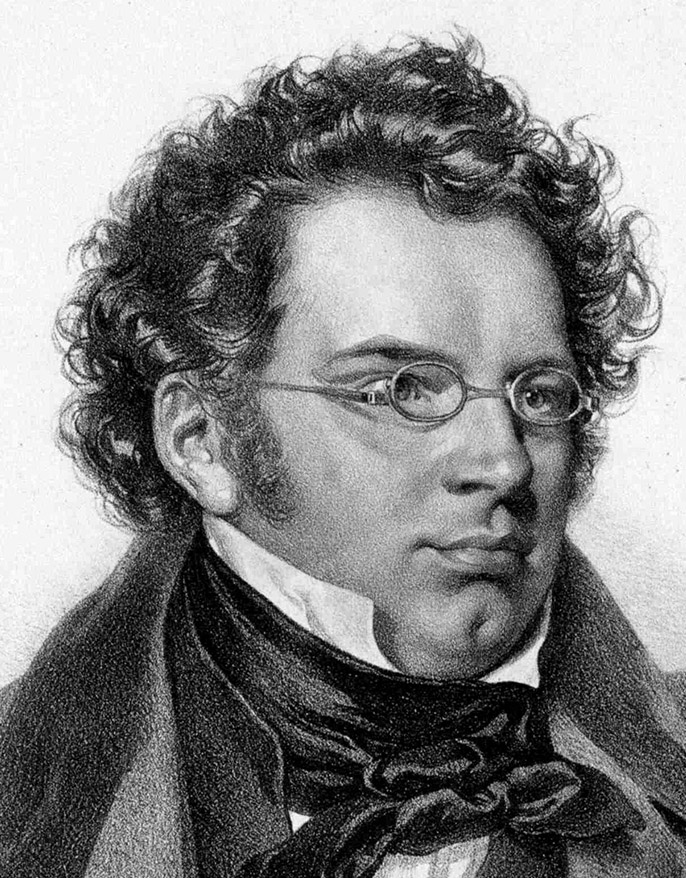 The man in Vienna born Austrian composer Franz Peter Schubert (1797-1828) was of extreme creative power. Although he was only 31 years old, he composed around 600 songs, secular and sacred choral music, seven complete and five unfinished symphonies, overtures, stage works, piano music and chamber music. He was a melancholy but very sociable person who enjoyed a glass of wine or two in the evening with his circle of friends. According to eyewitness reports, he exceeded the "reasonable limit" quite often, but was allegedly never drunk.

His nickname was "Schwammerl", which is derived from the Viennese term "Schwåmmer" for intoxication - the minimizing "Schwammerl" is therefore "a little intoxication". Between 1919 and 1826 he mainly frequented the "Schwarze Katze" inn in Annagasse and the "Schnecke" (snail) on Petersplatz.

But he was also a frequent visitor to various wine taverns in the former suburban communities of Grinzing, Nußdorf and Sievering (today all parts of the 19th district of Vienna). Among his favourite wines were the Gemischter Satz wines which were common there at that time, but also the Styrian Schilcher. The music critic and composer Anselm Hüttenbrenner (1794-1868), a friend of his, mentions in his memoirs that Schubert, after enjoying several bouteilles of "Sexarder"(Kadarka wine from Szekszárd, Hungary) in his circle of friends, sat down and composed the well-known song "Die Forelle" (The Trout). So it is possible that alcohol was a stimulant.