Clemens Pankert (1702-1735), who was of small stature and extremely hard-drinking, or according to other sources Giovanni Clementi (1702-1735), was court jester to Elector Karl III Philipp of the Palatinate (1661-1742) with a seat of government in Heidelberg. The Elector became known with Perkeo in Innsbruck, who, with his quick-wittedness and ability to drink, took him with him to Heidelberg. Perkeo was only three feet six inches tall (1 m), but was said to weigh 100 kg. His "dwarfishness" was probably due to pseudoachondroplasia (congenital dwarfism). He probably also suffered from a congenital ADH deficiency or the disease diabetes insipidus (water dysentery) with increased urine excretion and increased thirst with increased drinking. The Elector is said to have asked him whether he could drink the famous Heidelberg cask with a volume of 221,726 litres on his own. He is said to have answered in Italian: "Perché no?" (Why not?). This is the origin of the name of the Perkeo, who was appointed barrel keeper. The Elector had a coloured uniform made for him. He also received a large medal and a huge cellar key on the side. 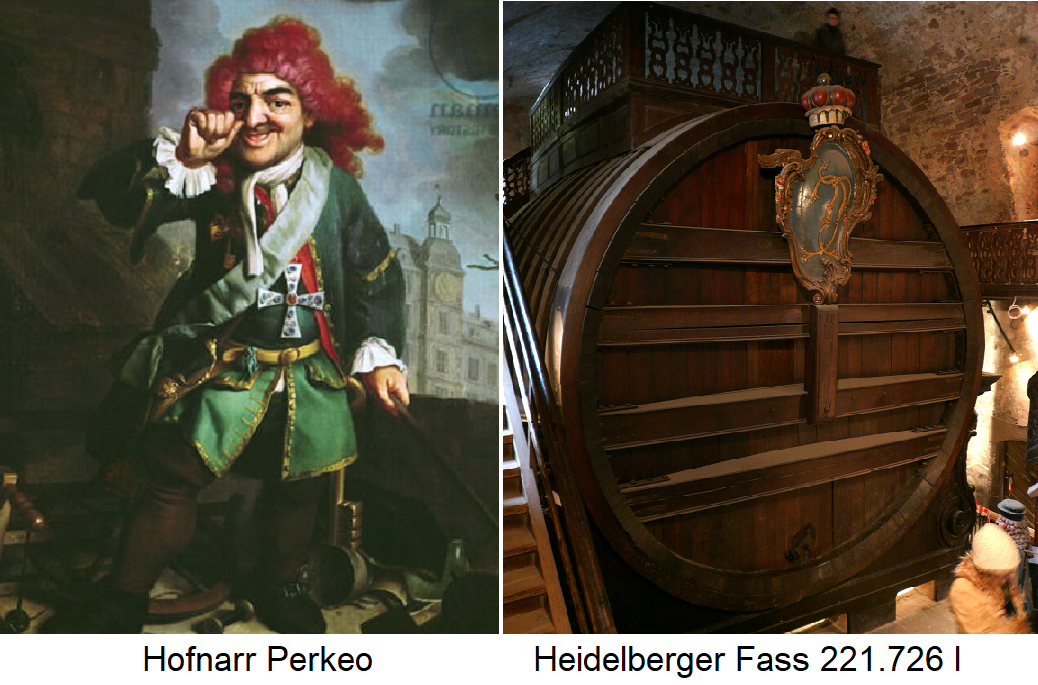 Many legends with partly fantastic claims surround him. Supposedly he drank 20 to 30 liters of liquid, mainly wine, in one day. According to a report by the French dictator Victor Hugo (1802-1885) after a visit to the Heidelberg Castle, he drank, or rather had to drink fifteen double bottles of Rhine wine, otherwise he was flogged. Officially he died at the age of 33, which is no wonder due to his excessive consumption of alcohol. According to one of the legends, however, he became very old and fell ill for the first time in his eighth decade of life. A doctor advised him urgently against drinking wine and recommended drinking water. Perkeo reluctantly accepted the advice and died the following day. It is certain that he delighted the entire court and the citizens of the city with his jokes. Already during his lifetime a monument was erected to him, which he himself had designed and made. Today it stands on the wall beside the barrel. The inn "Zum Perkeo" in the Heidelberg city centre is named after him. See also under alcoholism, intoxication and drinking culture. 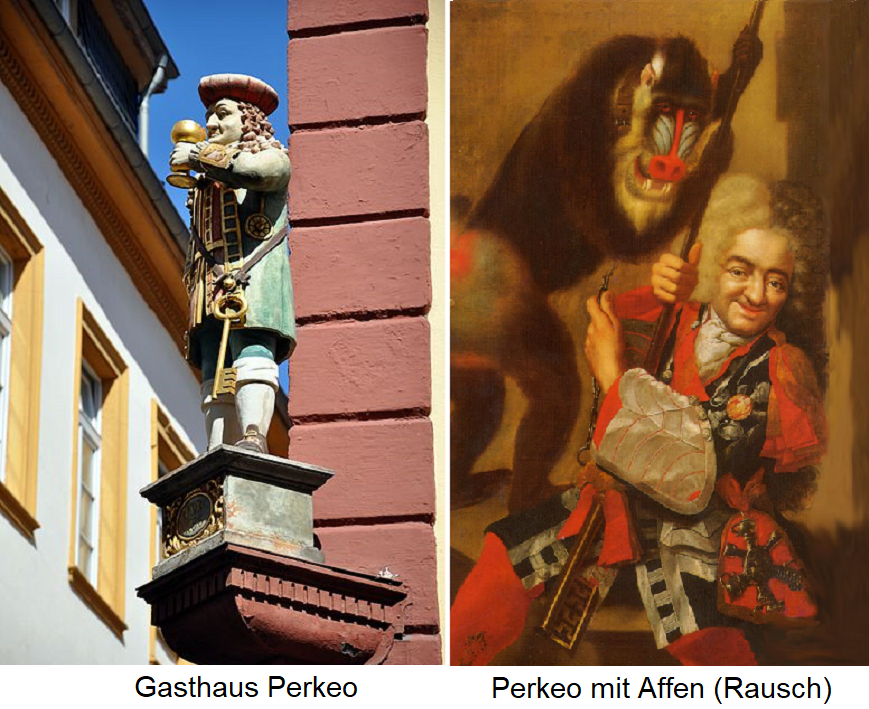