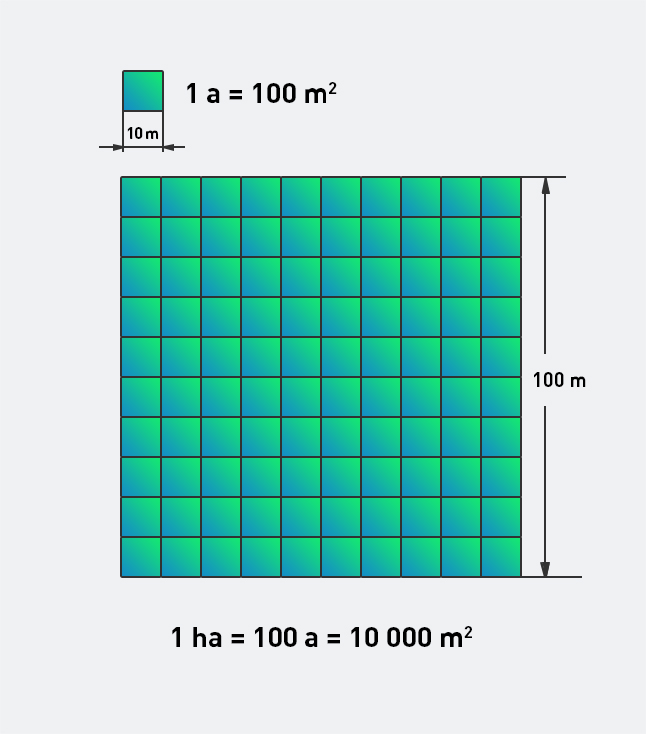 sizes were based on labour - whether a vineyard was dug up, a field sown or ploughed, or a meadow mown. The area that a man could dig up with a spade in a vineyard in one day was one graber. The acre and the yoke corresponded to the size of an area of arable land that could be ploughed in one morning. A day's mowing or man's mowing corresponded to the area that a mower managed to mow in one day.

In addition to the amount of work, sowing and harvesting were also used as criteria for determining the area. In the case of fields, it was the amount of seed given by a hollow measure (metzen, mutt, star), and in the case of meadows, it was the unit of yield (fuder, hayuder). The sizes of the areas were often different and varied from region to region. They were not exact sizes, but rough approximations. Even within a country there was no great need for standardisation, because land transactions were conducted on a local scale. It was not until the end of the 18th century that precisely measured quantities based on standard measures were introduced. One such standard before the introduction of the metric system was the square fathom.