Designation for the Riesling wines from the famous single vineyard site Mülheimer Sonnenlay in the German Mosel wine region. At the time of the great German airship flight, they were served for dinner on the airship LZ 127 "Graf Zeppelin", which was commissioned in 1928, in the on-board restaurant and enjoyed great popularity. With this fact the winegrowing community of Mülheim still advertises today on labels with the text "The most drunk wine on the journeys of Graf Zeppelin". The "Zeppelin wine" is still a sales hit. According to other sources, the 1920 vintage of the Kiedrich Gräfenberg Trockenbeerenauslese from the Robert Weil vineyard in the Rheingau region is also called Zeppelin wine. This wine was on board the LZ 127 "Graf Zeppelin" during the legendary first trip around the world (circumnavigation of the earth) in 1929. See also under special wines. 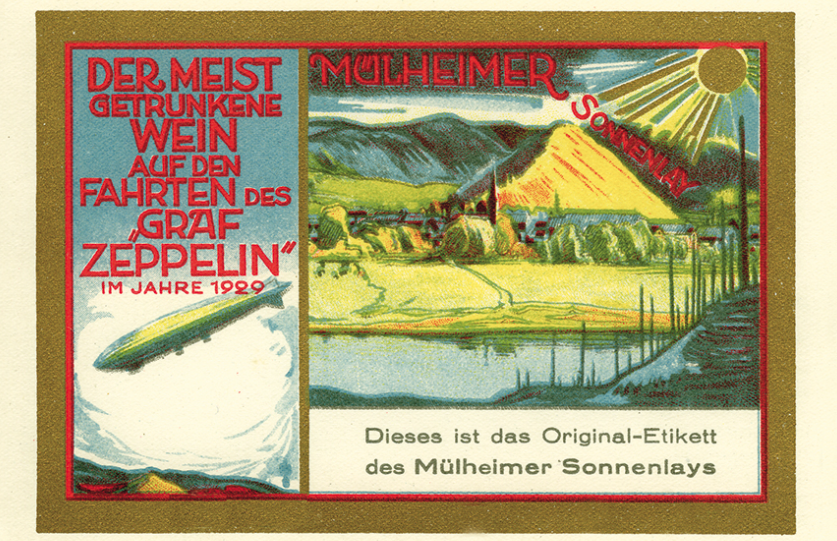