The best quality (vintage port) of a port wine; see there.

World-famous dessert wine from Portugal, which, as "Vinho do Porto" or simply "Porto", is not named after its region of origin, the Douro, but after the port city Porto, from where it is shipped. The English were instrumental in its creation in connection with their trade wars with France. In the 17th century, the import of French wines to England was forbidden for a time and then burdened with high customs duties. This led to a shortage in supply. In 1678, a wine merchant from Liverpool sent his two sons to Viano do Castello near the town of Porto, to buy wine. In Lamego they came to a monastery where the abbot offered them a wine they were delighted with. The priest told them the secret of why this wine was so pleasantly sweet and smooth, namely by infusing it with brandy, i.e. sprite during fermentation. The two then bought up the entire supply, sent the cargo to England and the triumphal march of the port wine, initially called "Red Portugal", began. 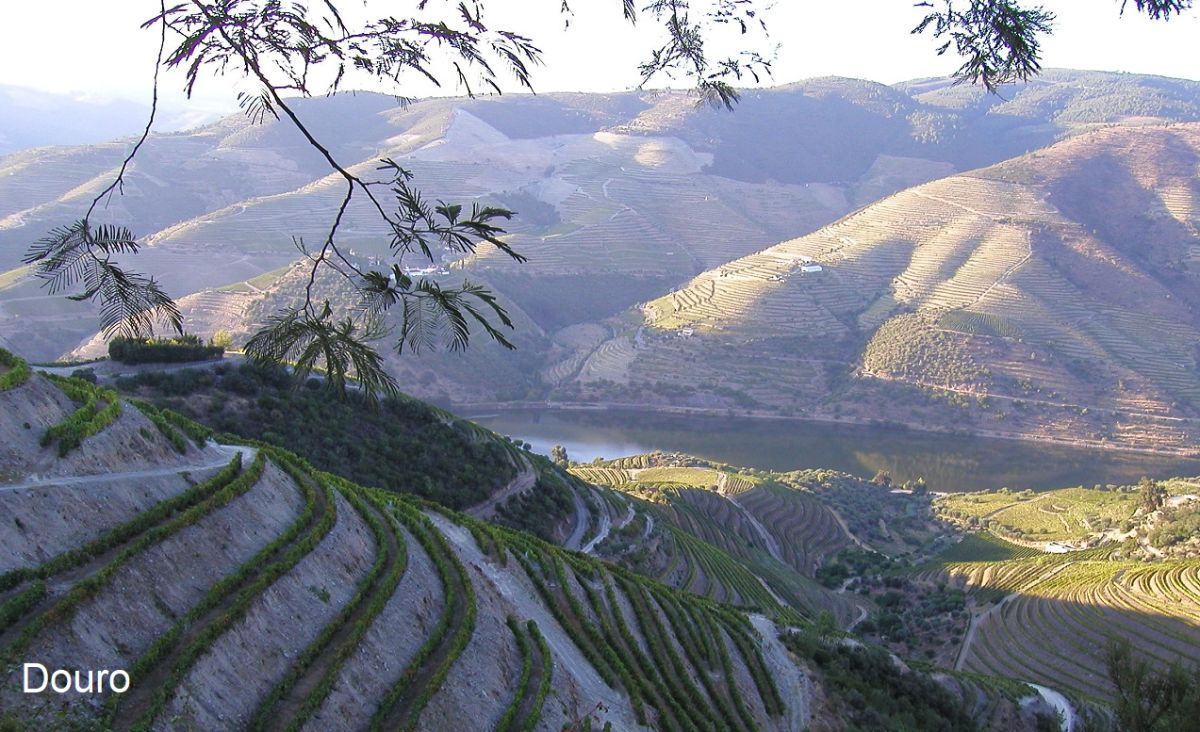 A decisive factor in the port wine boom was the Methuen Treaty (treaty) concluded in 1703, which provided for tariff concessions for the import of Portuguese wines into England. Port wine at that time was almost exclusively intended for export to England, which is why it is still called "Englishmen Wine" today. At that time, it was still customary to add red elderberry juice as a colouring agent. From the beginning of the 18th century, English, German and Dutch families settled in Porto to market port wine. Among them were names that still play a decisive role today, such as Cockburn, Croft, Ferreira, Niepoort, Sandeman, Taylor's as well as Dow, Graham and Warre, which were later taken over by Symington. The British trading houses built the Factory House in 1790 in Porto, which initially served as a factor's shop and then from 1811 until today as a gentlemen's club and meeting place.

The English just acquired a monopoly on marketing. Under the Prime Minister Marquês de Pombal (1699-1782), who owned a vineyard in the Carcavelos area, the Douro region was defined in its boundaries in 1756 to protect the authenticity of Port wine. Only the best vineyards were included. On the approximately 250,000 hectares of land, only about one-eighth is suitable for Port vines. Along with Chianti, the area is thus one of the oldest legally demarcated wine-growing regions in the world. Pombal enacted further measures to protect port wine. As an important measure to break the English monopoly, he founded the "Real Companhia Velha". He also forbade the addition of elderberry juice and fertilising with dung. This reduced the yield but increased the quality.

For over two centuries, the defined border applied exclusively to port wine. The Portuguese name "Vinho do Porto" is derived from the town Porto on the lower course of the Douro River. It was not until 1979 that the DOC classification was also extended to "normal" wines, i.e. unsprayed red and white wines. The best soil, however, is reserved for port wine; these are mainly the most suitable slate soils on mostly terraced slopes. The region is located in the northwest of Portugal and includes the valleys of the Douro River and its tributaries up to the Spanish border. These waters exert a positive effect on viticulture or create the conditions by forming valley slopes.

There are three subzones. The zone "Baixa Corgo" (lower Corgo) in the west comprises the area north of the Douro between Barqueiros and the west bank of the Corgo and south of the Douro to Armamar. This coolest and wettest zone produces lighter wines. The largest zone "Cima Corgo" (upper Corgo) lies north and south of the Douro between Baixa Corgo in the west to Cachão da Valeira in the east. The central area around the town of Pinhão is considered the best, and most of the large port houses have their quintas (wineries) here. The "Douro Superior" zone lies in the east and extends to the Spanish border in the north. This is the smallest and driest area and some of it is not yet fully exploited.

There are about 30,000 winegrowers on about 33,000 hectares of vineyards, whose 80,000 vineyards are classified in a very complex system. The criteria evaluated are location, slope (the steeper the better), exposure, sea level, microclimate, vine training, grape variety, plant density, general condition of the vineyard, age of the vines, soil type (slate, granite, stone content) and yield. This is done in six levels from A (1,200 points and above) to F (399 points and below). This results in the amount of yield that may be produced by the vineyard (quinta) in question. The better the rating, the higher...