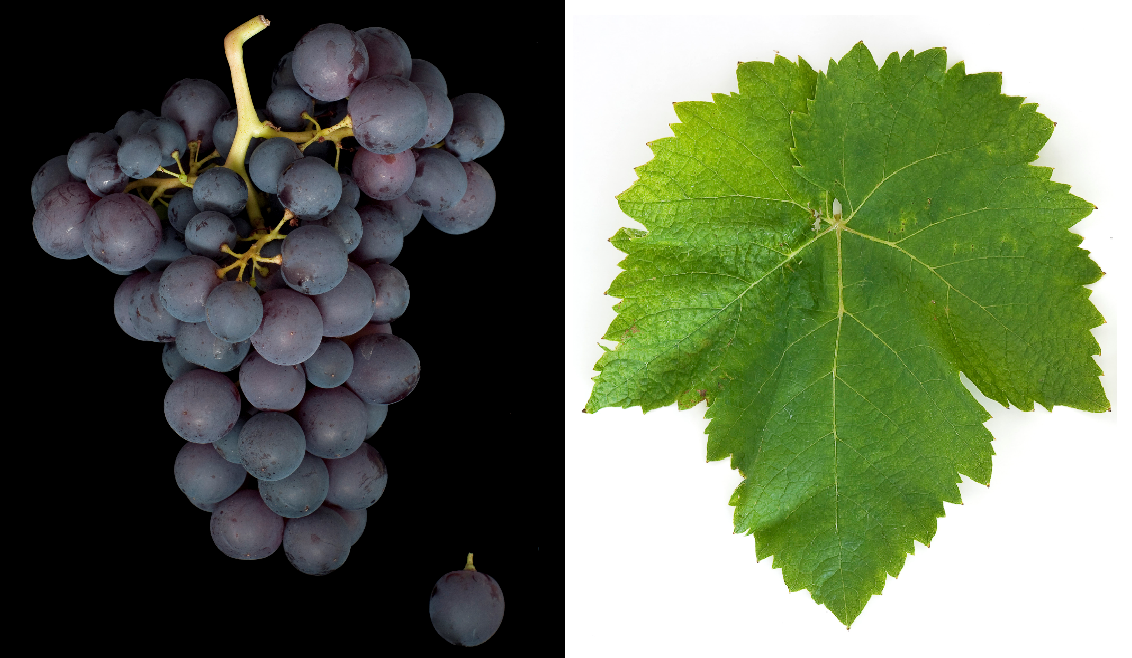 A distinction is made between at least three varieties(clones), which differ slightly in ampelography. According to DNA analyses carried out in 2013, it is the result of a presumably natural cross between Gouais Blanc x unknown partner. However, this is based on only 20 DNA markers (see molecular genetics). The close relationship with the Nebbiolo or Pinot Noir varieties suspected by Pierre Galet (1921-2019) has therefore not been confirmed. The late ripening vine is susceptible to downy mildew and botrytis, and to a lesser extent to powdery mildew. It produces dark-coloured, acidic red wines with ageing potential, which is also indicated by the name "sour black". As they age or ripen, they develop diverse aromas of strawberries, plums, tomatoes, olives and dried fruits.

This versatile variety is used for the production of red wines, rosé wines and also sparkling wines, aged from dry to sweet. It is particularly widespread in northern Greece in the region of Macedonia, where it plays a decisive role in wines from the Amynteo, Goumenissa and Naoussa appellations. In the region of Thessaly it is permitted in the appellation Rapsani. The total area under cultivation in 2010 was 1,971 hectares, with a slight downward trend (in 2000 it was 1,816 hectares), the largest part of which is in Macedonia.